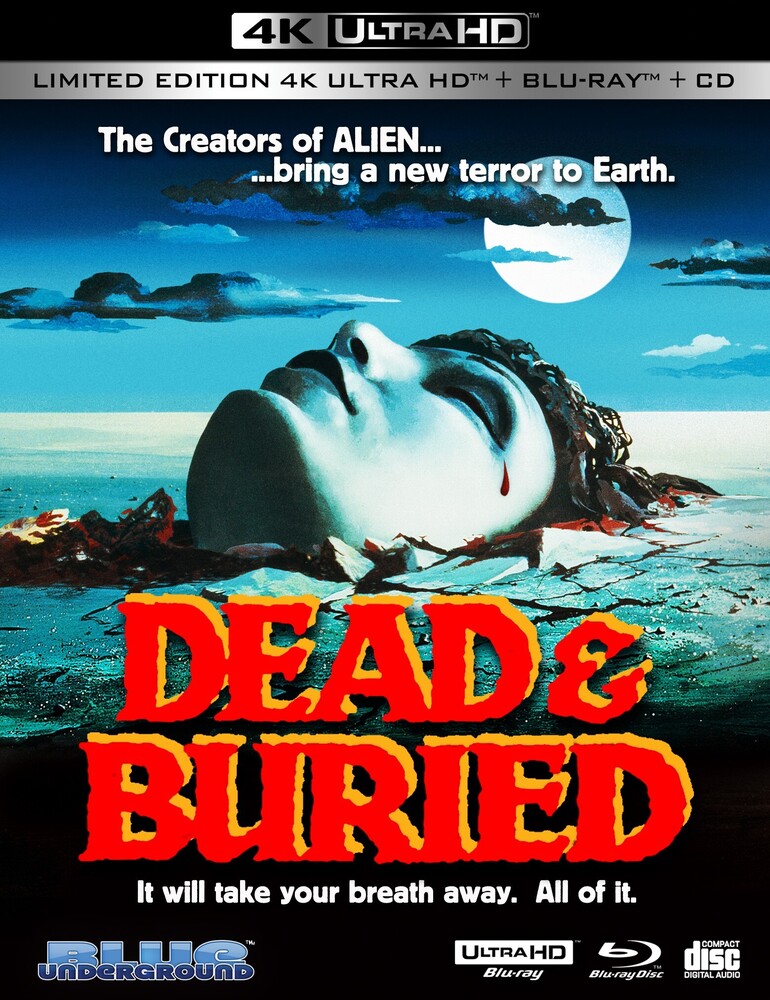 Something very strange is happening in the quiet coastal village of Potters Bluff, where tourists and transients are warmly welcomed... then brutally murdered. But even more shocking is when these slain strangers suddenly reappear as normal, friendly citizens around town. Now the local sheriff (James Farentino of THE FINAL COUNTDOWN) and an eccentric mortician (Academy Award winner Jack Albertson of WILLY WONKA & THE CHOCOLATE FACTORY) must uncover the horrific secret of a community where some terrifying traditions are alive and well... and no one is ever really DEAD & BURIED.Melody Anderson (FLASH GORDON), Lisa Blount (PRINCE OF DARKNESS), and Robert Englund (A NIGHTMARE ON ELM STREET) co-star in this genuinely chilling horror hit written by Ronald Shusett and Dan O'Bannon (ALIEN), directed by Gary A. Sherman (POLTERGEIST III), and featuring ultra-grisly gore effects by Oscar winner Stan Winston (JURASSIC PARK). In honor of it's 40th Anniversary, Blue Underground is proud to present DEAD & BURIED in an eye-popping new restoration approved by Director of Photography Steven Poster, ASC (DONNIE DARKO), scanned in 4K 16-bit from it's 35mm IP, with Dolby Vision HDR and Dolby Atmos audio, and packed with exclusive new and archival Extras!