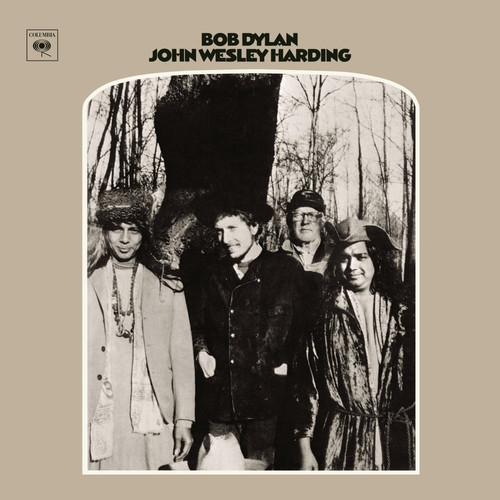 In the year of psychedelia, Dylan bucked the trend with this rootsy classic. All Along the Watchtower is the highlight on an album packed with amazing tracks like I Dreamed I Saw St. Augustine; Dear Landlord; the Wicked Messenger and I'll Be Your Baby Tonight.

Produced by Bob Johnston, the album marked Dylan's return to acoustic music and traditional roots, after three albums of electric rock music. ''John Wesley Harding'' was recorded around the same time as (and shares many stylistic threads with) a prolific series of home recording sessions with The Band, finally released in 1975 as ''The Basement Tapes''.

''John Wesley Harding'' was exceptionally well received by critics and enjoyed solid sales, reaching the number 2 slot on U.S. charts and topping the British charts. The commercial performance was considered remarkable considering that Dylan had kept Columbia from releasing the album with much promotion or publicity. Less than three months after its release, ''John Wesley Harding'' was certified gold by the RIAA. "All Along the Watchtower" became one of his most popular songs after it was covered by Jimi Hendrix the following year.