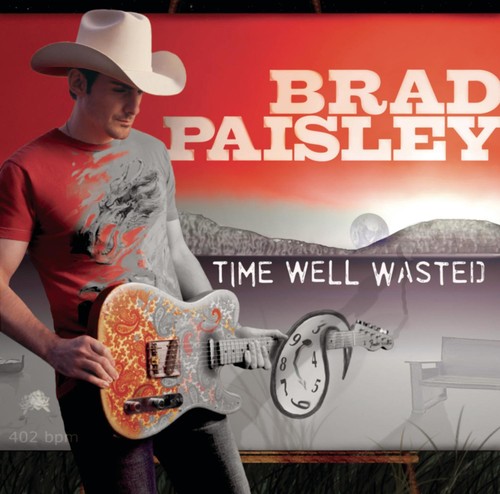 This is the fourth album from 5 time CMA award winner Brad Paisley. Now established as one of country music's finest entertainers, TIME WELL WASTED will be one of the most highly anticipated albums of the year. Features the single "Alcohol."

''Time Well Wasted'' is the title of the fourth studio album released by American country music artist Brad Paisley. It was released on August 16, 2005 on Arista Nashville. It was the Country Music Association's Album of the Year for 2006.

The album produced the singles "Alcohol", "When I Get Where I'm Going", "The World", and "She's Everything". "Alcohol" was a #4 hit on the ''Billboard'' Hot Country Songs charts, while the other three singles were all Number Ones. "Waitin' on a Woman" was re-recorded in mid-2008 as a bonus track for Paisley's ''5th Gear'' album, and this re-recording was issued in June 2008 as a single. - Wikipedia