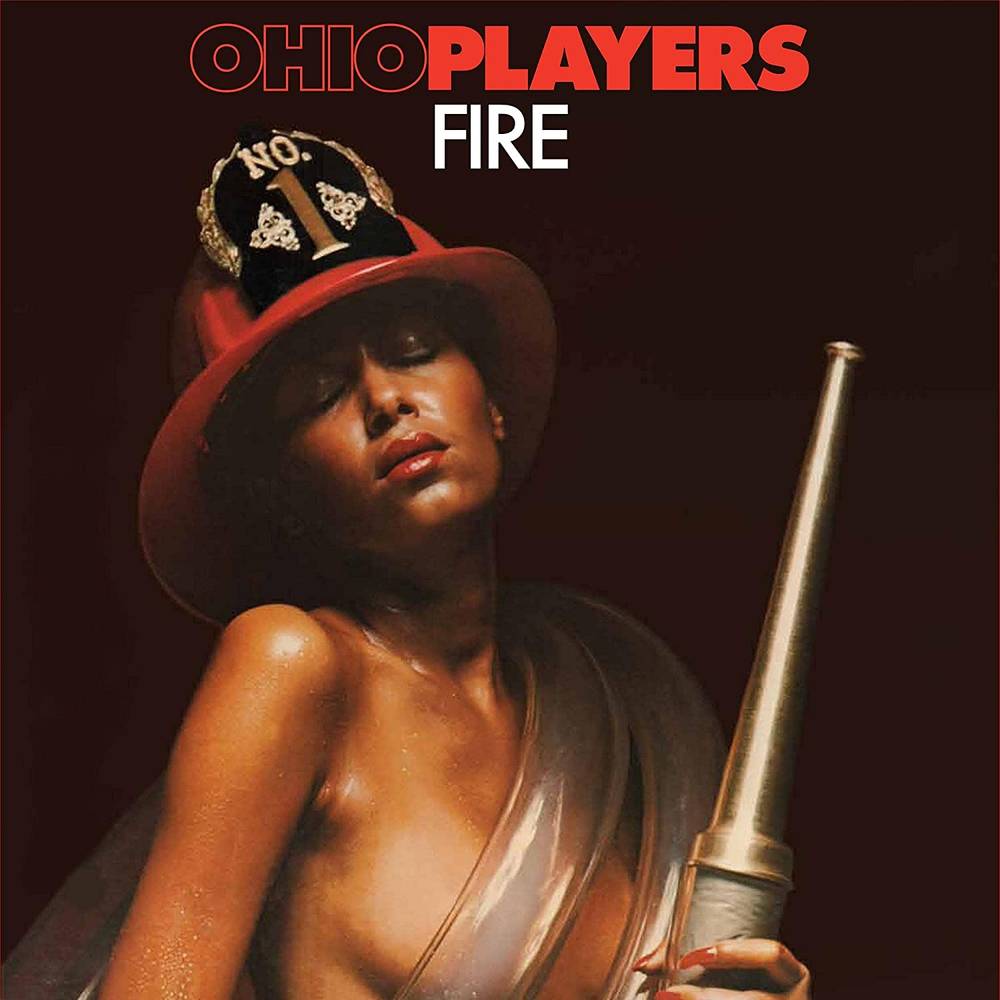 THE OHIO PLAYERS: Leroy "Sugarfoot" Bonner, Clarence "Satch" Satchell, James "Diamond" Williams, Billy Beck, Marvin "Merv" Pierce, Marshall "Rock" Jones and Ralph "Pee Wee" Middlebrooks 1974 was a magical year for The Ohio Players, after years of hard work, a plethora of fine recordings and tours, their sixth album "Fire" would become all the things you would want for a hit album- multi-platinum hit songs, multi #1 chart sales in both pop and r&b, and multiple radio formats all over the dial. "Fire" was just the song everyone was looking for in 1974. It had the full fledged funk sound of their many years of stewardship to the soul crowd, as it also brought in first time rockers, pop listeners and a major push from radio and massive television exposure with shows like "In Concert" "Midnight Special" and "Don Kirshner's Rock Concert," The chart topping album was filled with more great fare like "I Wanna Be Free" "Smoke" as well as the soul balladry of "Together" which would all become instant classics which have stood the test of time now for over four decades. Featuring the guitar and vocals of the late great front man Leroy "Sugarfoot" Bonner, his guitar and vocal wizardry along with the keyboard and vocals of the great Billy Beck, along with the musical geniuses of Clarence Satchell, James "Diamond" Williams, Marvin Pierce, Marshall Jones and Ralph Middlebrooks, the Ohio Players were surely on top of their game and for a very long time afterwards thanks to the songs and musicianship displayed on this red hot album. Friday Music is very pleased to announce the first in a series of super limited 180 Gram Audiophile Vinyl releases from the great Ohio Players with their chart topping masterpiece "Fire." The first time ever 180 Gram Vinyl release will also be manufactured for a super limited run on smokin' hot red vinyl and it will also be featured in the striking gatefold album cover artwork not seen in years. Produced by The Ohio Players and mastered impeccably by Joe Reagoso (Ohio Players/Earth Wind and Fire) from the original Mercury Records tapes, this fine album will become one of the more important funk album revisits in many years. So, please join us in welcoming the legendary Ohio Players to the Friday Music label where we are celebrating their classic masterwork "Fire" album ....right in time for your holiday season listening and gift giving.