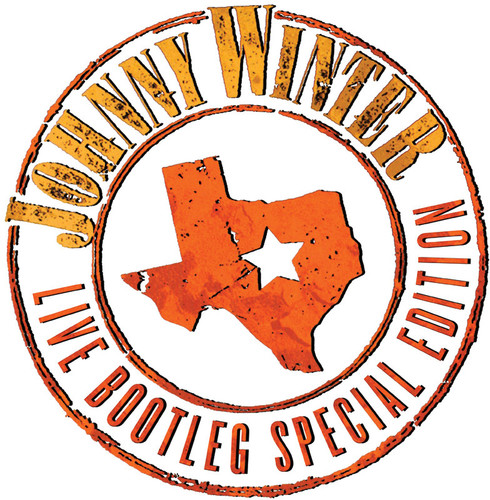 For Johnny Winter's "Live Bootleg Special Edition", the blues wielding axeman steps out with first time released super extended workouts on concert classics like his masterful version of the Freddie King classic "Hideaway" blues favorite "Ain't That Just Like A Woman" & a stunning rock free for all on Chuck Berry's "Johnny B. Goode."Known to write many of his own hits, Johnny digs back into his archives for 2 rare performances with his classic power blues ballad "Stranger" & his rocker "Serious As A Heart Attack." 6 tracks of pure Texan blues power on smokin' white 180 Gram audiophile vinyl! includes guitarist Paul Nelson’s penned liner notes.

"Hideaway", "Ain’t That Just Like A Woman", "Johnny B. Goode", "Serious As A Heart Attack", "Stranger", "Jumping Jack Flash"