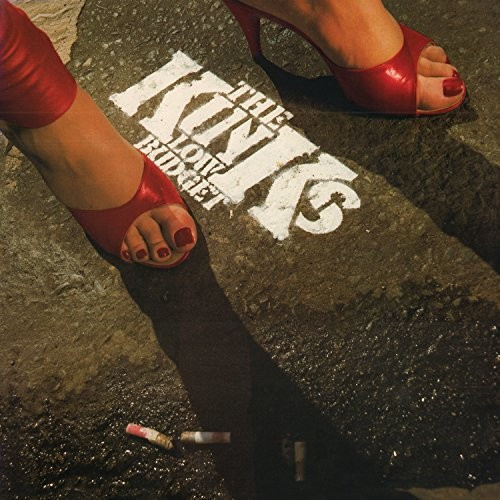 1979 was a banner year for U.K.superstars The Kinks with their conceptual smash album Low Budget. A precursor to a soon to be Kinks arena rock revolution,Low Budget was an extravaganza on many historic levels. As a major rock album sold to millions worldwide, the Lp soared in the pop and rock charts, thanks to the inclusion of hit singles like (Wish I Could Fly Like) Superman. This smash single along with more radio and retail hits like Catch Me Now I'm Falling, Pressure and the amazing title track Low Budget, delievered The Kinks into gold and platinum territory and forever etched the word superstars to The Kinks. Featuring the superstar line-up of Ray Davies, Dave Davies, Mick Avory and Jim Rodford, The Kinks Low Budget would become one of their most loved and revered albums of all time. Friday Music is no stranger to the legacy and rock royalty of THe Kinks, therefore we are very pleased to offer another installment in The Kinks/Friday Music 180 Gram Audiophile Vinyl Series with their 1979 groundbreaking release Low Budget. Impeccably mastered by Joe Reagoso at Friday Music Studios and pressed for the first time on 180 Gram Audiophile Translucent Red Vinyl, this limited edition LP also includes for the first time, a collectable deluxe gatefold cover with the original lyrics and photo elements from the 1979 release, plus a 12 inch by 12 inch poster of the front cover to further enhance your Kinks audiophile listening experience. We believe this is the definitive sounding version of this classic rock recording, and will be one of the more anticipated audiophile releases in classic rock this year!