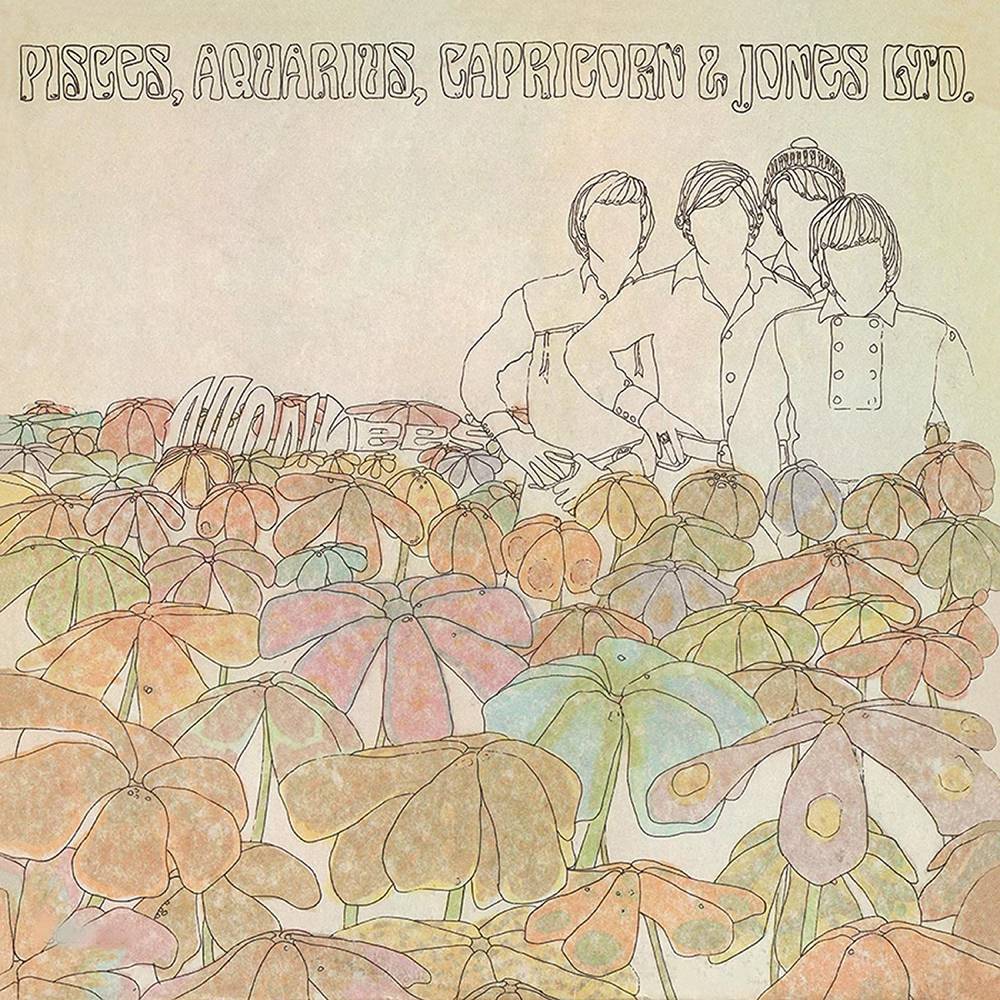 Limited colored vinyl LP pressing. After making most of Headquarters on their own, The Monkees broadened their outlook for their fourth album, Pisces, Aquarius, Capricorn & Jones Ltd., bringing in select session players to assist them in the recording. This album marked several changes for the group, the most immediately noticeable being Mike Nesmith's increased vocal contributions. He sings lead on five of the album's tracks, while Mickey Dolenz, the band's previously dominant lead vocalist, sang only three. But what a trio of tunes! Mickey memorably voiced "Pleasant Valley Sunday," another hit from the pens of Goffin & King and one with surprisingly sharp social commentary. Climbing to #3 on the pop charts, it featured a blazing, "Paperback Writer"-style guitar riff that fit seamlessly alongside the other rock hits of the day. The single's B-side, "Words," also with a Dolenz lead vocal, became a hit as well.