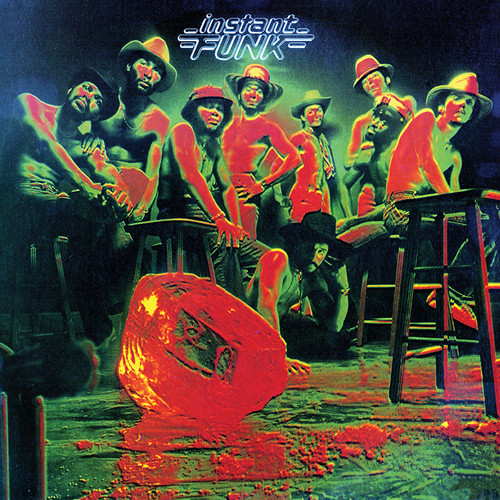 Instant Funk are truly a worldwide treasure to funk and soul music enthusiasts everywhere. Over four decades in the music business and still going strong, their hit albums and top charting soul, club and dance singles continue to captivate fans all over the globe. The Philadelphia based funk superstars began in the 70’s recording, playing and appearing with many r&b legends like Bunny Sigler, Evelyn Champagne King and other successful soul artists which eventually landed them in the studio creating their own masterworks. Instant Funk’s sound was new and exciting, solid street funk fused with rock and soul, as their first Salsoul Records album Instant Funk soared to the top of the soul and dance album charts.

Produced by Bunny Sigler, this masterpiece smash included enough hits to be called a greatest hits album in its own right. Especially when you consider smash hit tracks like the chart topping I Got My Mind Made Up, plus soul dance floor classics Don’t You Want To Party, Wide World Of Sports and the stellar groove of Dark Vader. All in all, making this amazing gold selling album one of the most revered in their long-lasting and historic catalog of Instant Funk classics. Friday Music is no stranger to the music of the legendary Salsoul Records label. That is why we are so very proud to announce our first installment in The Instant Funk/Friday Music 180 Gram Audiophile Vinyl Series with their legendary self-titled masterpiece Instant Funk. Mastered impeccably by Joe Reagoso and John Sigmon (Salsoul Orchestra) for the first time on audiophile vinyl, the Instant Funk LP will become one of the more important and historical audiophile vinyl r&b/funk releases in quite some time. We further enhance this limited anniversary edition with the original stunning album cover featuring the original artwork elements. Instant Funk….Impeccable first time audiophile vinyl presentation……From your friends at Friday Music.