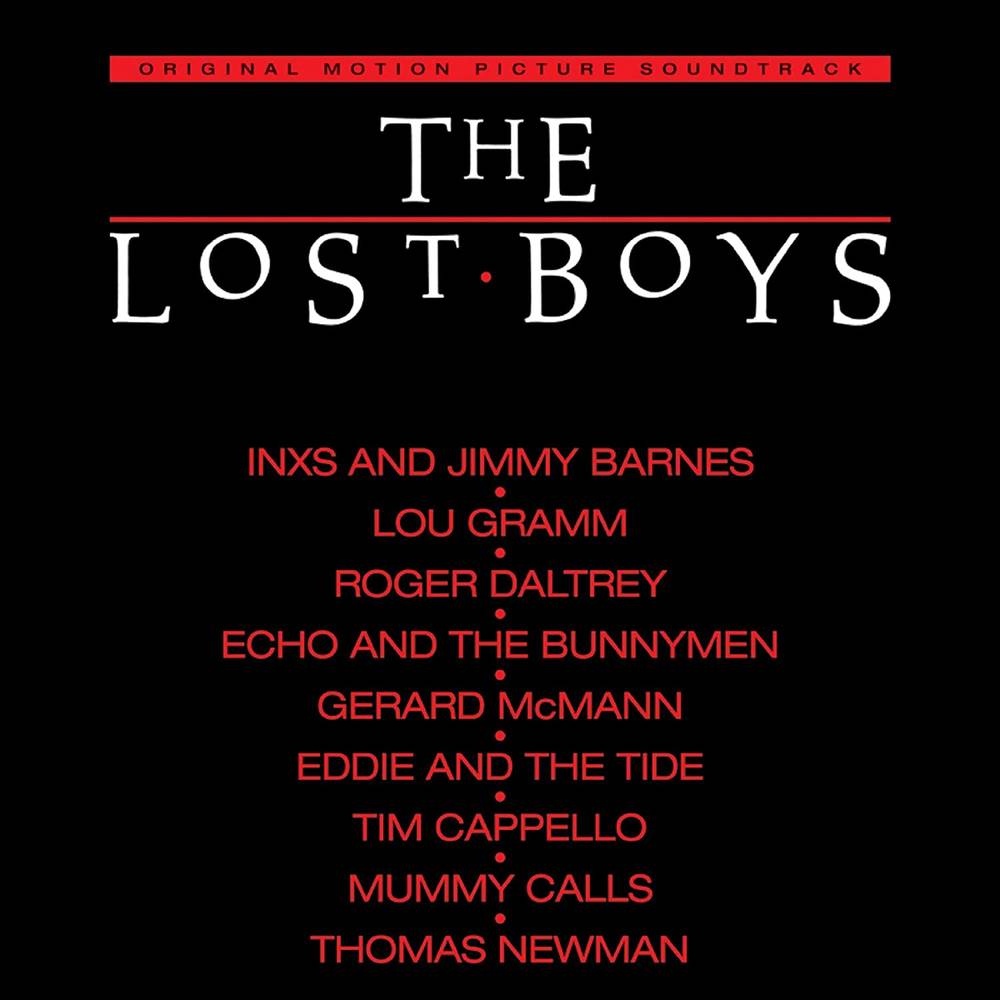 1987 was a big year for The Brat Pack once again and a huge eerie blockbuster movie called "The Lost Boys." Its success truly made way for several hit songs featured on the amazing soundtrack companion Lp, which rode the sales and airplay charts with multiple format hit records for over a year, as the album continues to thrill music fans decades later.

The box office hit featured some of the biggest songs of that year with INXS & Jimmy Barnes’ hit single "Good Times" as well as 9 more champions like The Who’s Roger Daltrey’s stellar version of Elton John’s "Don’t Let The Sun Go Down On Me" and the classic techno rock smash "Cry Little Sister (Theme from The Lost Boys)" by Gerard McMann.

Superstars like Echo & The Bunnymen also contributed to the hit soundtrack too with their fine interpretation of The Doors’ classic "People Are Strange", plus the great Lou Graham of Foreigner knocks it out of the box with his power smash "Lost In The Shadows (The Lost Boys)" Thanks to continually renewed interest in the music and the film, "The Lost Boys" Lp will forever be known as one of rock’s finest movie and musical soundtrack’s ever recorded.

As with our continuing expansion into the original movie soundtrack genres, Friday Music is very proud to announce the first time 180 Gram Gold Audiophile Vinyl release of the smash "The Lost Boys - The Original Motion Picture Soundtrack."

This stunning album is mastered impeccably by Joe Reagoso (David Bowie/Foreigner) from the Atlantic Records tapes and includes the original Lp sized artwork, not seen since its original 1988 release.