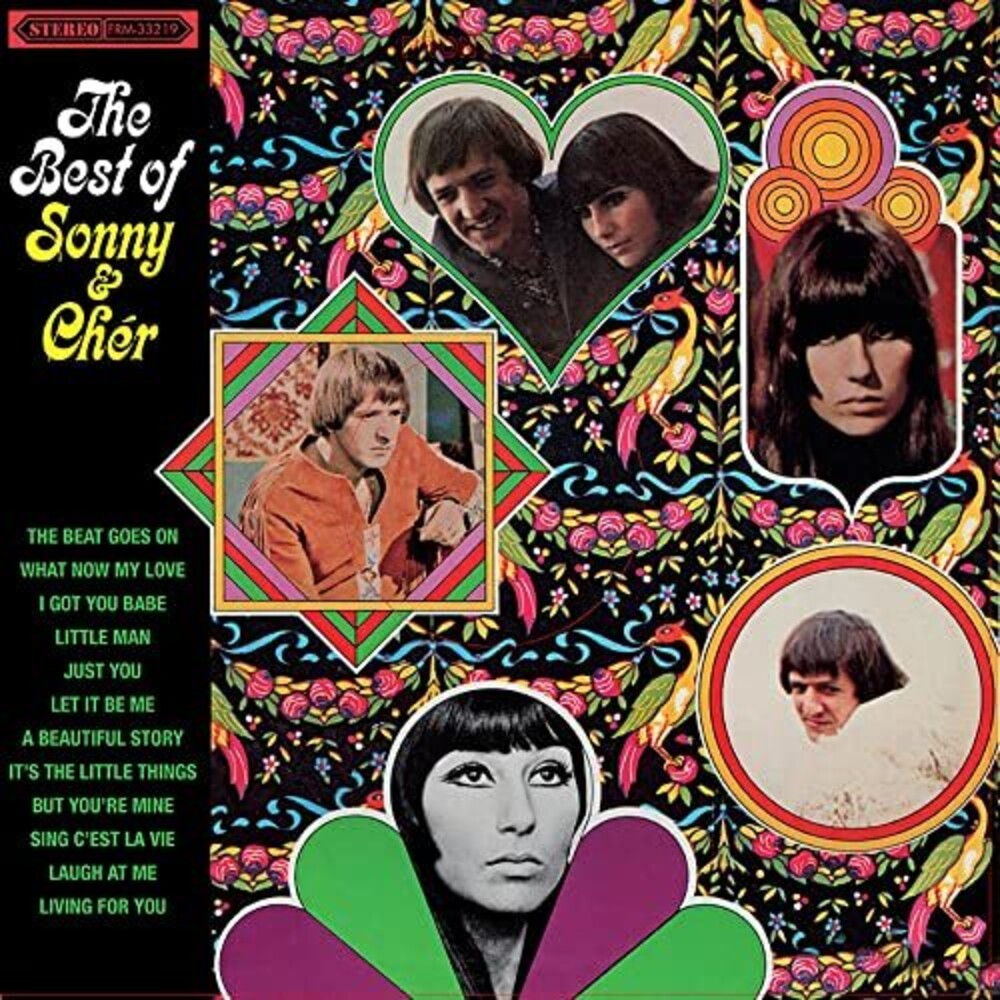 Limited pink colored vinyl LP pressing. With a dazzling number of chart topping singles, a bunch of hit albums, numerous television appearances, a number one television show, successful concert tours and feature movies, Sonny & Cher's ATCO recordings would take the duo to the top of all the popular music charts and would become some of the finest top 40 hits of all time. Filled with a treasure trove of chart topping singles and hit album tracks from their smash albums, this incredible 1967 effort awarded these pop/rock legends with one of the finest greatest hits albums ever released. All your favorites are here, as this 12 track masterpiece is loaded with hit after hit like, "What Now My Love," "The Beat Goes On," "It's The Little Things," and the song that inspired many during the turbulent 60's, their No. 1 classic "I Got You Babe." Colored vinyl LP reissue from Friday Music.