Scott B. Sympathy - Drinking With The Poet | RECORD STORE DAY 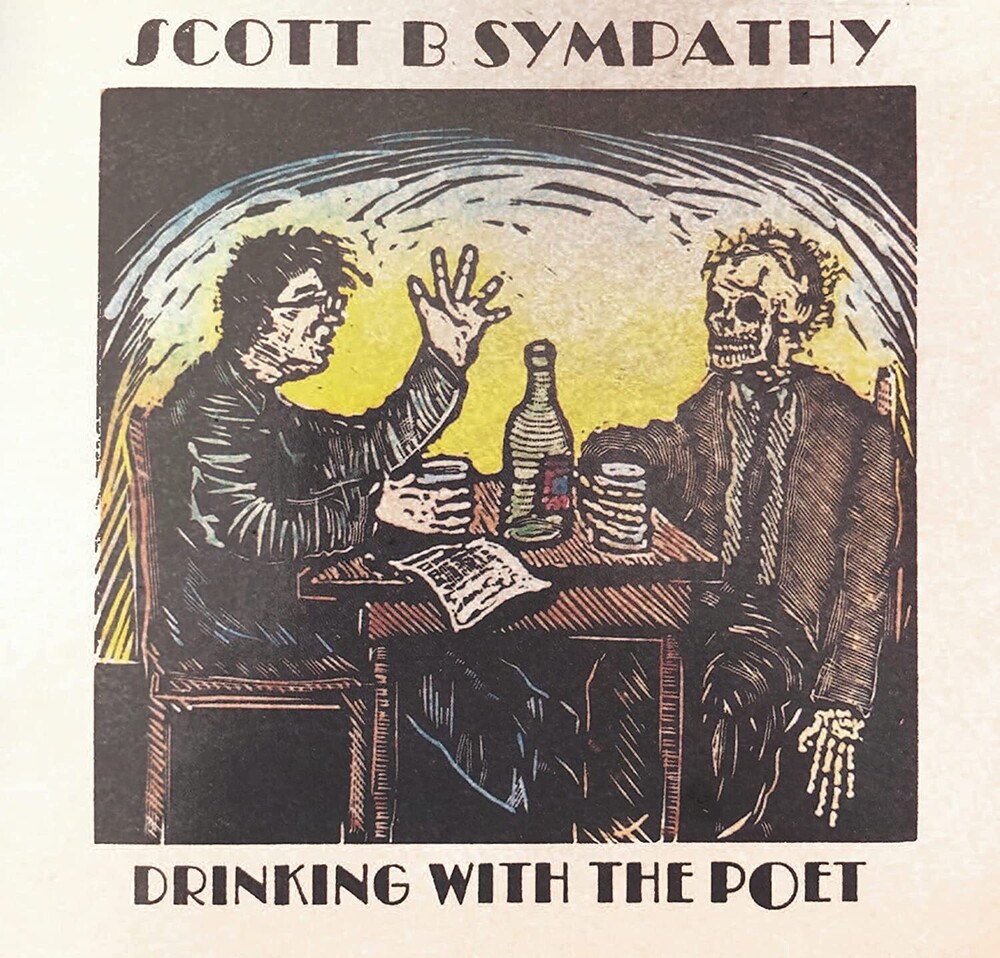 Following up on the re-issue of Scott b Sympathy's "Neil Yonge Street" Curve Music is also re-issuing the classic album "Drinking With the Poet"News of the reissues of the timeless Drinking With The Poet caught Scott by surprise, but he declares "I'm very glad and honoured by it. This is part of my legacy. I always did have a sense these songs would age well."Drinking With The Poet is even more eclectic than the debut Scott B Sympathy album "Neil Yonge Street, songs like. "Lester Bangs Stereo Ghost" (a co-write with Alasdair Jones) is a short and frenetic post-punk romp, while album closer "Sense" features a funky groove and a spoken word meets rap vocal delivery.DWTP leads off with the title track, a full-blooded rocker that that shows the band firing on all cylinders and features both a fluent mandolin solo and searing electric lines from Ian Blurton. This compelling cut scored solid radio airplay, and the accompanying video earned MuchMusic rotation.Powerful ballads "Watching You," "Memory Fades," and "Coming Home To You" showcase Scott's convincingly passionate vocals, while "Hiatus" is one of many tunes demonstrating his clever wordsmithery ("one day I thought I had a vision, but it turned out I was just seeing things").Upon it's release, Drinking With The Poet scored strong national campus airplay, significant MuchMusic and CBC exposure, and glowing reviews, including a 4-star rating in NOW and positive notices in The Globe and Mail and Toronto Star.