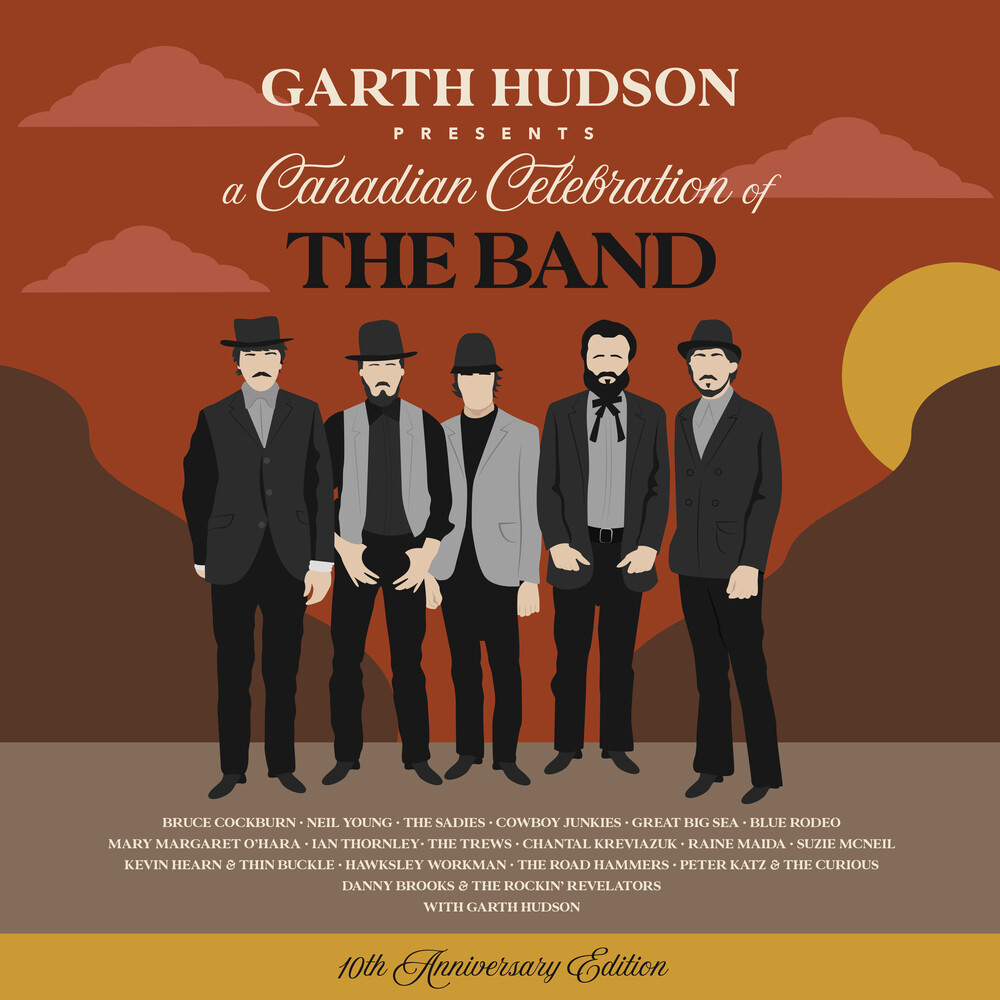 2021 Release. It's been 45 years since The Band released, The Last Waltz, and it's the 10th Anniversary of Garth Hudson's A Canadian Celebration of the Band release on Curve Music. Original member of The Band, Garth Hudson, rounds up some of Canada's most talented musicians to celebrate the songs he most enjoyed playing with the legendary group, The Band (including a few Bob Dylan songs covered by The Band). The album was recorded between 2008 and 2010, Produced and performed by Garth Hudson with co-producer, engineer Peter J. Moore at his side (cowboy Junkies, Lucinda Williams). There have been various histories of The Band, tributes and compilations of The Band, covers of The Band and a slew of imitators, but there has never been a project quite like this one. It's also the only time any collection of songs by The Band has been curated and produced by an original member of the legendary group. In this collection, Garth Hudson answers the question, "Which of The Band songs are his favourites?" Garth Hudson: A Canadian Celebration of The Band is an eclectic collection of songs from the more obscure to the classics with Hudson himself selecting all the artists to perform with him on the album; featuring Neil Young, Bruce Cockburn, Blue Rodeo, Cowboy Junkies, The Trews, Great Big Sea, Hawksley Workman, Mary Margaret O'Hara, Chantal Kreviazuk, Raine Maida, and Ian Thornley among others. This package also includes a 44 Page Booklet. Written by Alan Cross (Broadcaster and founder of The Ongoing History of New Music) and includes photos from the original recording sessions. In addition, both the physical and digital copies include two bonus tracks that were not present on the original release. 10th Anniversary Edition which contains 18 tracks, a 44 page booklet that includes unreleased photos and Band history written by broadcaster Alan Cross, and two digital bonus tracks wrapped in a graphic O-Card.