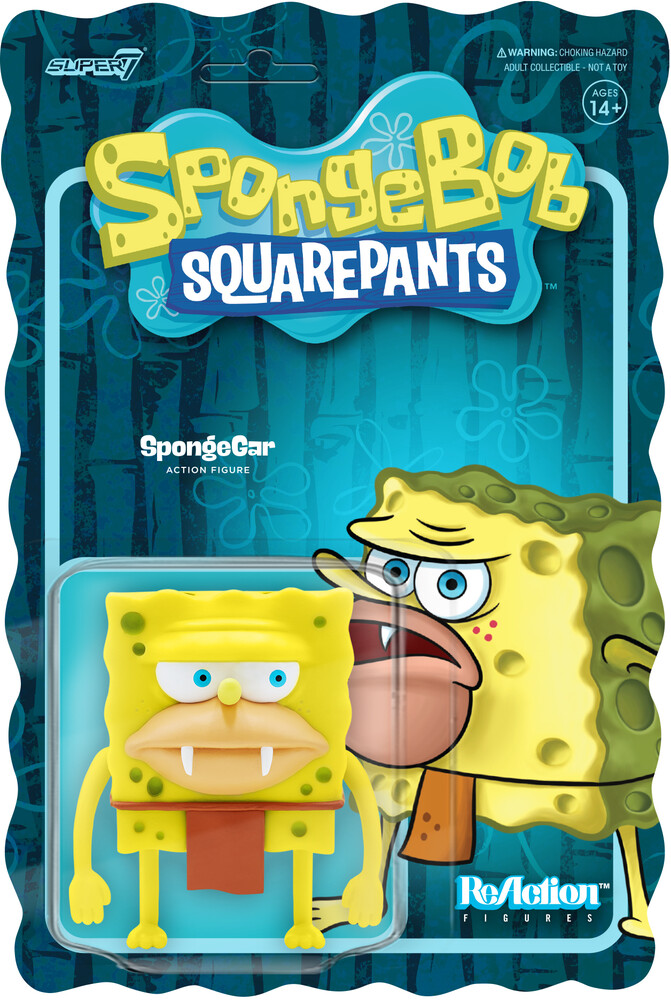 He can't be called SpongeBob SquarePants if pants haven't been invented yet!

Behold, SpongeGar, the loin-cloth-wearing ancient ancestor of our beloved SpongeBob.

You'd have to be as primitive as he is not to see that adding the SpongeBob SquarePants ReAction figure of SpongeGar is the next evolutionary step for your collection!