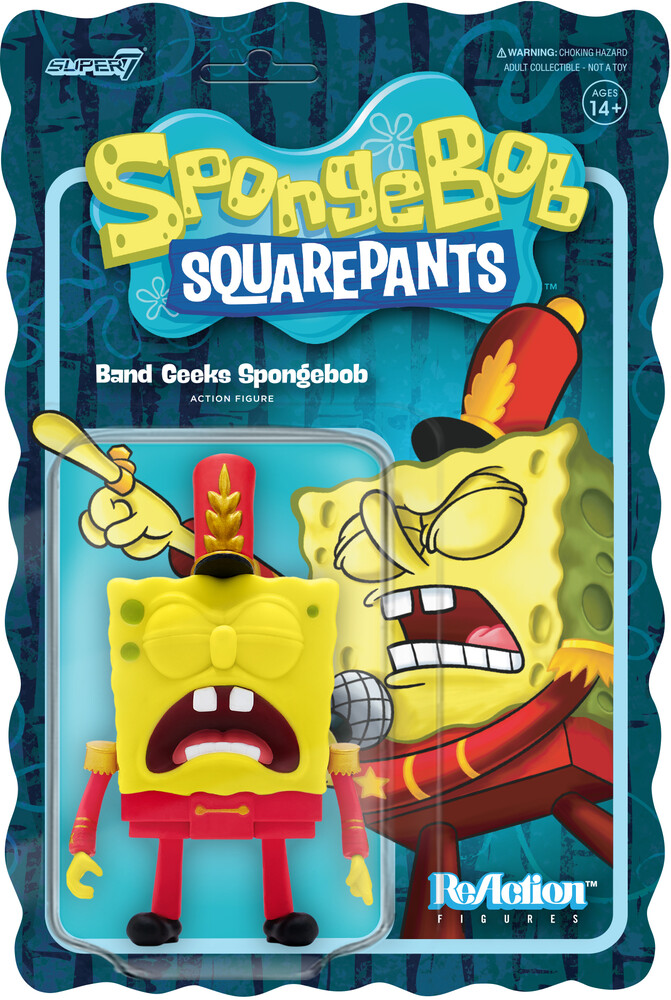 In the climax of what is largely considered one of the best episodes of the entire SpongeBob SquarePants series, SpongeBob's power-ballad-worthy vocals helped the previously rag-tag marching band deliver a shockingly good performance, redeeming Squidward in front of his high school nemesis, Squilliam Fancyson.

Just as SpongeBob and his band reached new heights, so can your collection by adding the SpongeBob SquarePants ReAction figure of Band Geeks SpongeBob!