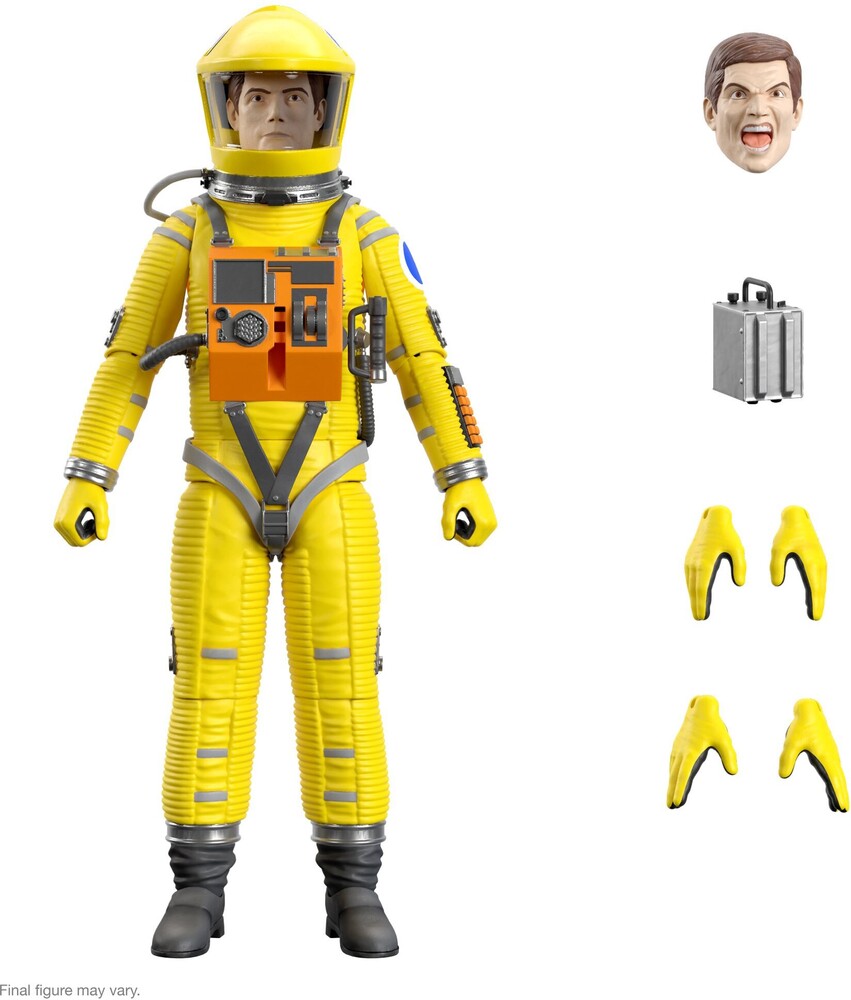 Astronaut Frank Poole learns the hard way that when your HAL 9000 makes an error diagnosing an antenna array, it may be best to just let it slide. As it turns out, plotting to disconnect HAL 9000 can result in some serious repercussions. This made-to-order, fully articulated 2001: A Space Odyssey ULTIMATES! 7" figure of Astronaut Frank features highly detailed paint and sculpting, depicting him in his yellow space-suit, and comes with interchangeable heads and hands as well as a variety of accessories. Much like Astronaut Frank, the chance to order his ULTIMATES! figure won't last long. Discoveries that change the course of human existence are rare and fleeting, and so is the chance to order your 2001: A Space Odyssey ULTIMATES! figures, so don't miss out!