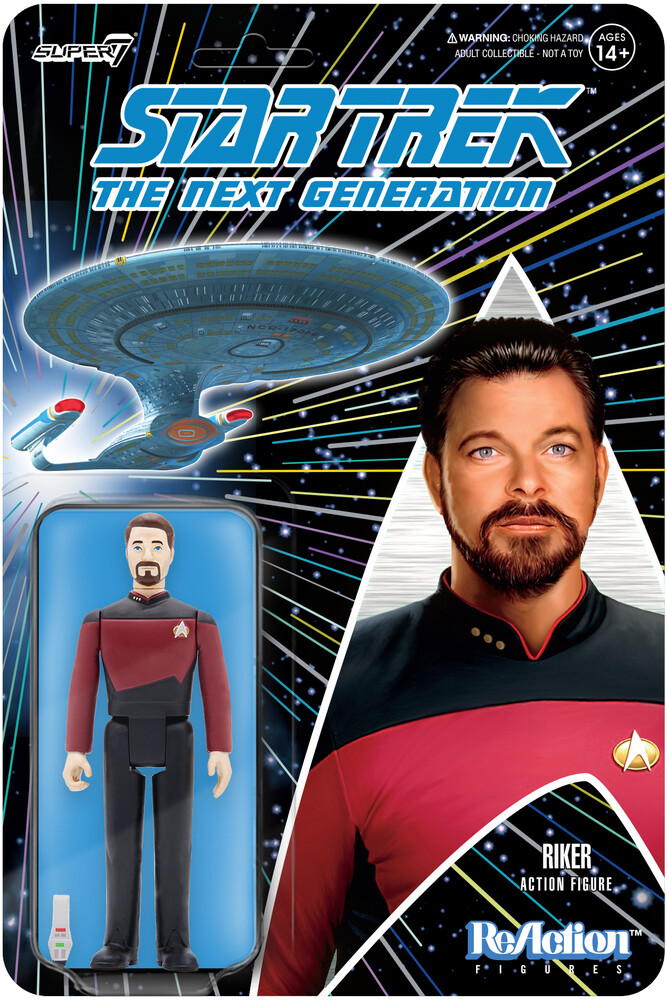 Commander William T. Riker may be second-in-command on the USS Enterprise, but he's number one in the hearts of many he encounters on his adventures!

This 3.75" articulated Star Trek: The Next Generation ReAction Figure of Commander Riker depicts him in his red Commander's uniform with the beard that gives him that certain something which transcends interplanetary conventions.

Make it your number one priority to add the Star Trek: The Next Generation ReAction Figure of Commander Riker to your collection!

ReAction figures celebrate the iconic 3_ action figure of our childhood. The iconic size and sculpting style was simple while allowing our imagination to go all in on our daily adventures. With ReAction Figures, we continue the classic size while making the figures we wished we had while growing up.

Collect the entire line of Star Trek: The Next Generation ReAction Figures by Super7!