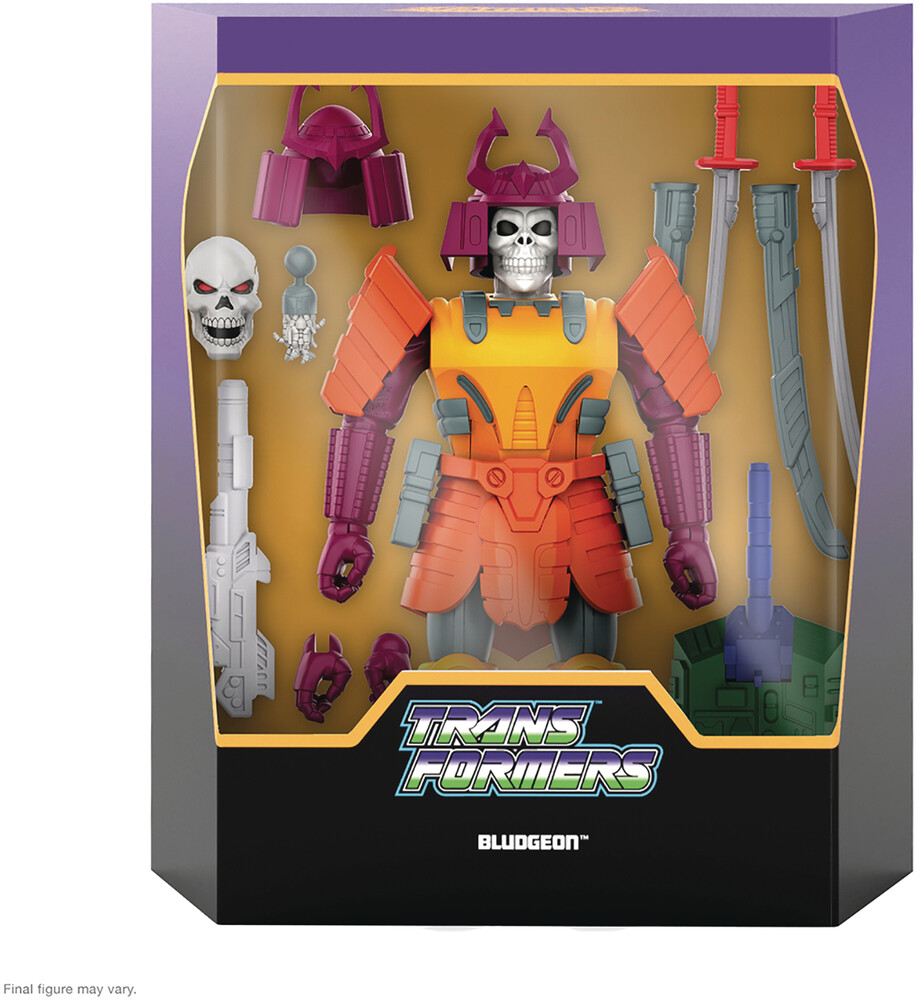 Master of the Cybertronian martial art of Metallikato, Bludgeon is a highly skilled, ferocious Decepticon warrior.

If you're not familiar with Bludgeon, he's a leader of the Mayhem Attack Squad, which should give you some insight into his character.

This highly-articulated Transformers ULTIMATES! figure of Bludgeon is inspired by the vintage toy and comics, standing 8.25" in his helmet and featuring interchangeable heads and hands along with an assortment of hand-to-hand combat weapons ready to mete out punishment upon any Autobots that cross him.

There's also a comic-inspired wire bundle that plugs into the bottom of Bludgeon's head, as if it has been ripped off!

You're not seriously going to pass on the opportunity to add a martial arts Transformer to your ULTIMATES collection, are you?