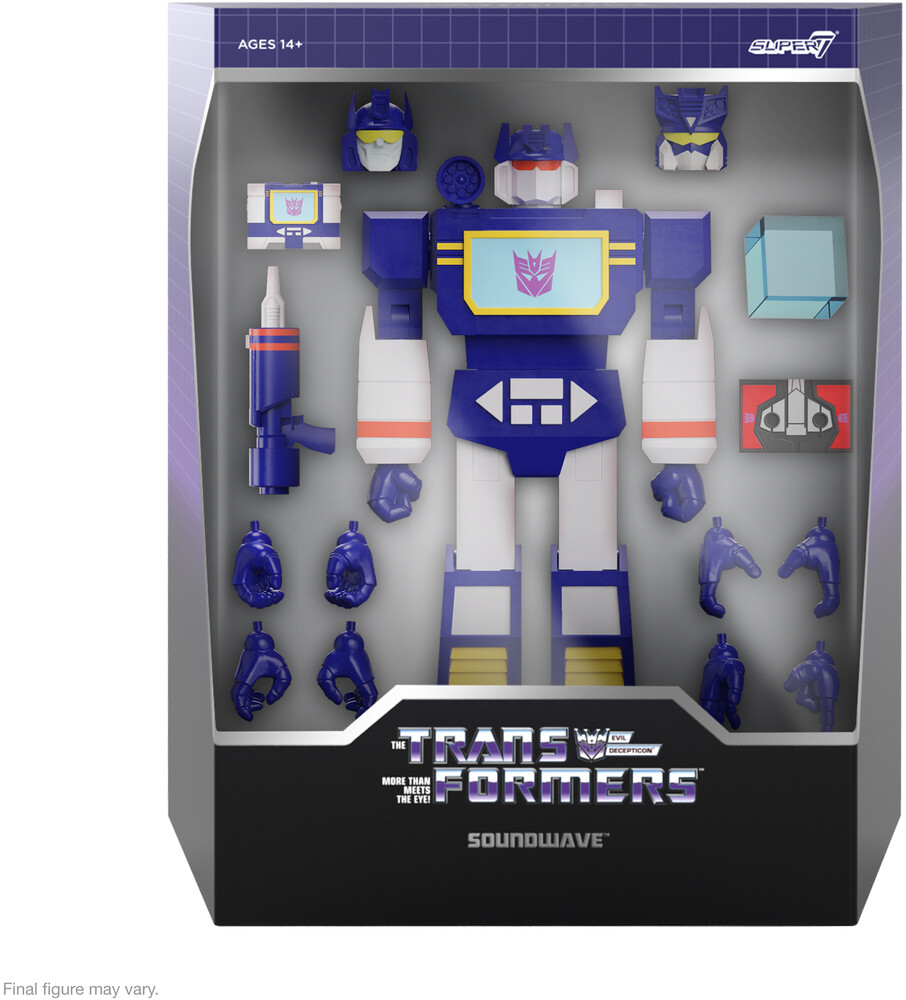 The Decepticon spymaster Soundwave rarely has much to say, but his daunting presence and loyalty to Megatron is unquestionable!

Soundwave was one of the coolest and most sought-after of the original toys, and after more than 30 years, that hasn't changed a bit! So whether you want to get a companion to your original figure or if you missed out on it back in the day and have an aching desire to fill that Soundwave shaped hole in your collection, this made-to-order Transformers ULTIMATES! figure of Soundwave is what you've been waiting for!