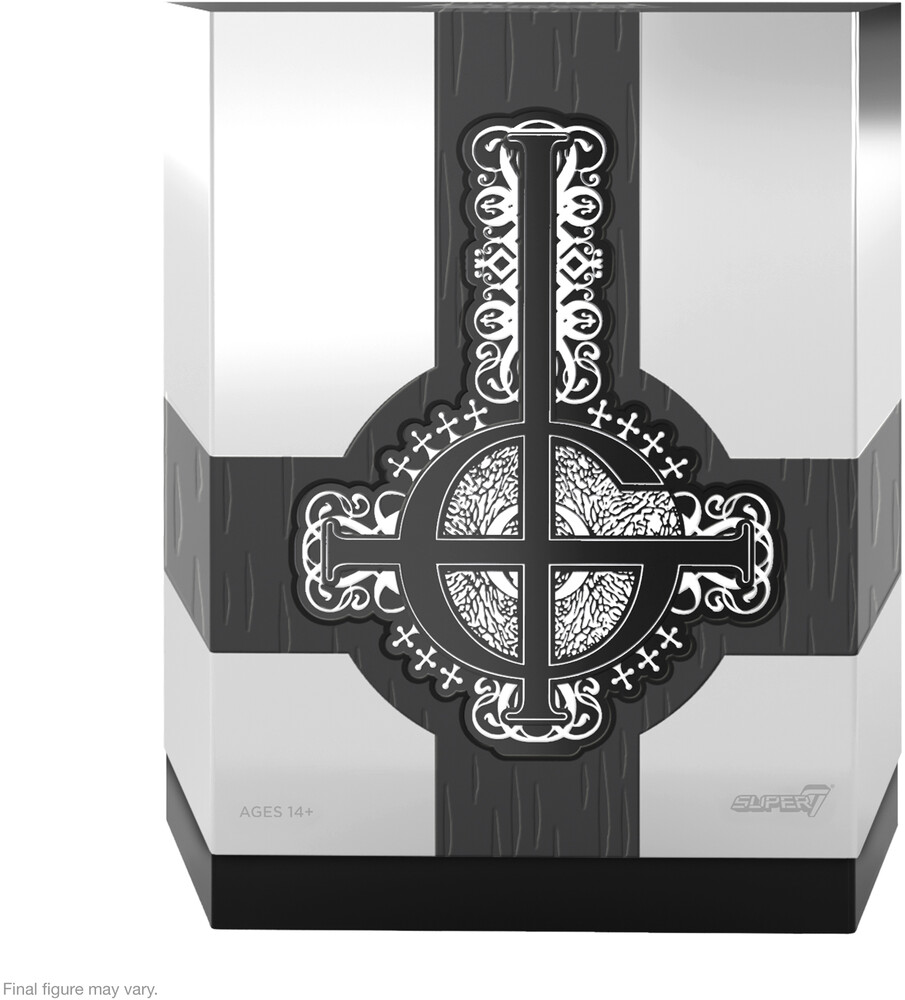 Papa Emeritus II, the 2nd incarnation of Ghost's leader, succeeded his older brother Papa Emeritus I during the Infestissumam album era of the band.

Under Papa II's charismatic leadership, Ghost increased its international fame and followers with live performances enhanced by a series of personal appearances and propaganda videos as his unmasked self.

Super7 is honored to commemorate Papa Emeritus II in the ULTIMATES! Figure world!

This made-to-order deluxe 7" scale highly articulated figure features Papa Emeritus II from the Infestissumam album era in both his onstage and unmasked guises. The figure is lavishly detailed and painted and features an epic assortment of interchangeable accessories.