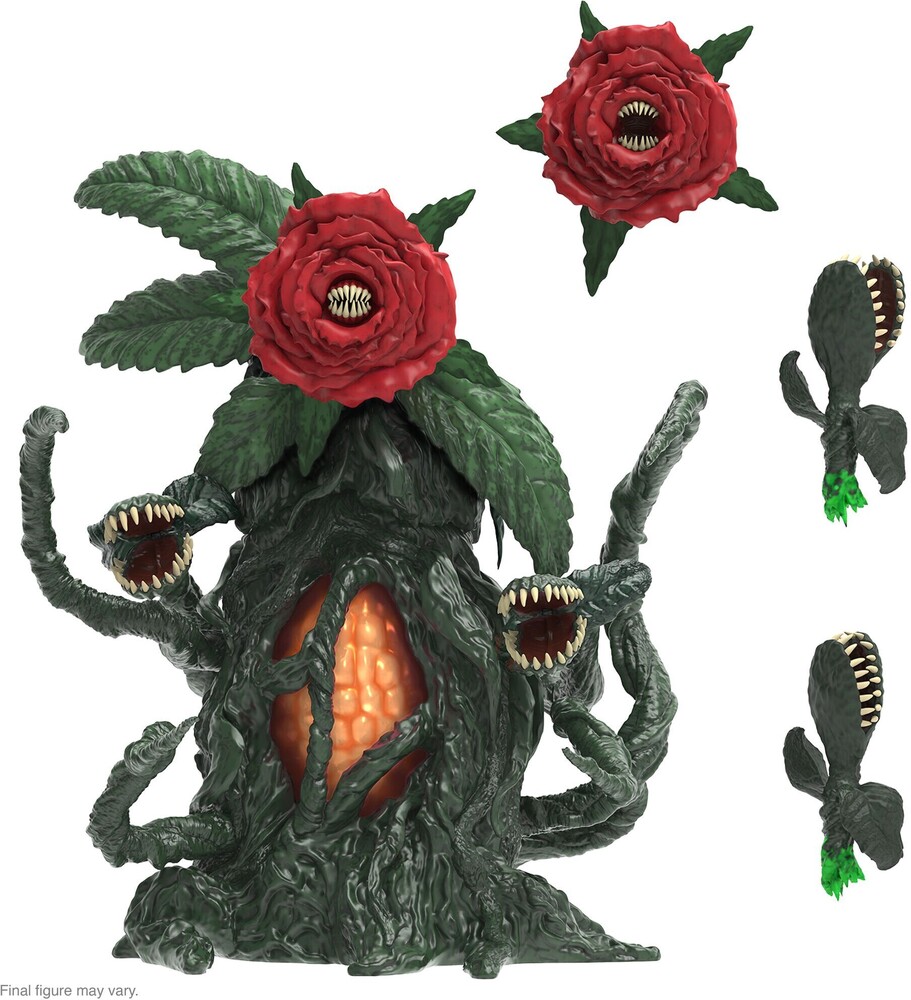 Anyone can sympathize with Dr. Shiragami's desperate attempt to preserve his daughter Erika, but tampering with her DNA was only destined for disaster, as evidenced by the monstrous rose-hybrid that became known as Biollante.

Measuring approximately 8" tall, 8" long, and 10" wide with its vines reaching out, this Toho ULTIMATES! figure depicts Biollante in its rose form with articulated vines and leaves, featuring premium detail based on its appearance in the 1989 film Godzilla vs Biollante.

This terrifying monster is a result of mixing human, rose, and Godzilla's DNA- how will the King of the Monsters defeat a foe as formidable as itself?

For a Kaiju collector, the real terror would be missing out on adding this made-to-order Toho ULTIMATES! Biollante figure to their collection!