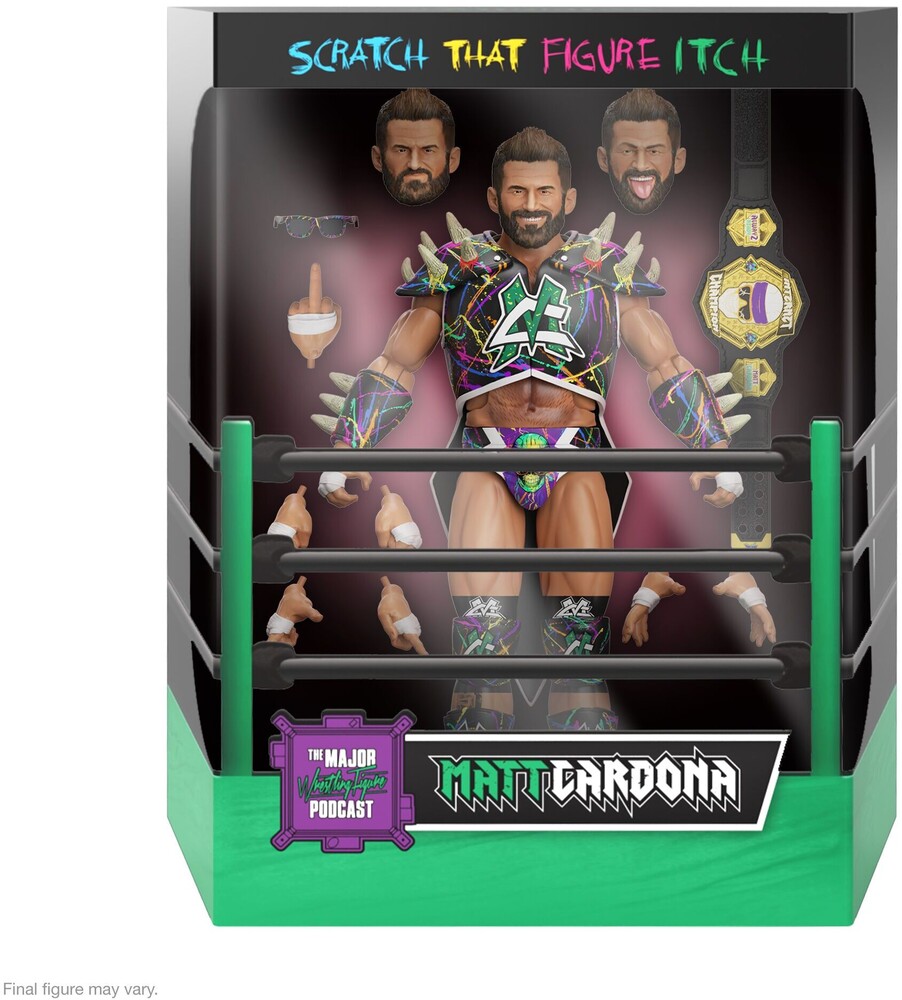 All hail the Deathmatch King!

Matt Cardona may see himself as the ultimate babyface, but he's as nasty as they come. He conquered territory after territory, defeating champion after champion, winning title after title. From Internet Champion to NWA Worlds Heavyweight Champion, this Major Player is Alwayz Ready for a fight.

Whether you display them on your shelves or have them running roughshod in your figure fed, the Major Players are back to win all the belts in your collection, so scratch that figure itch and pre-order today!