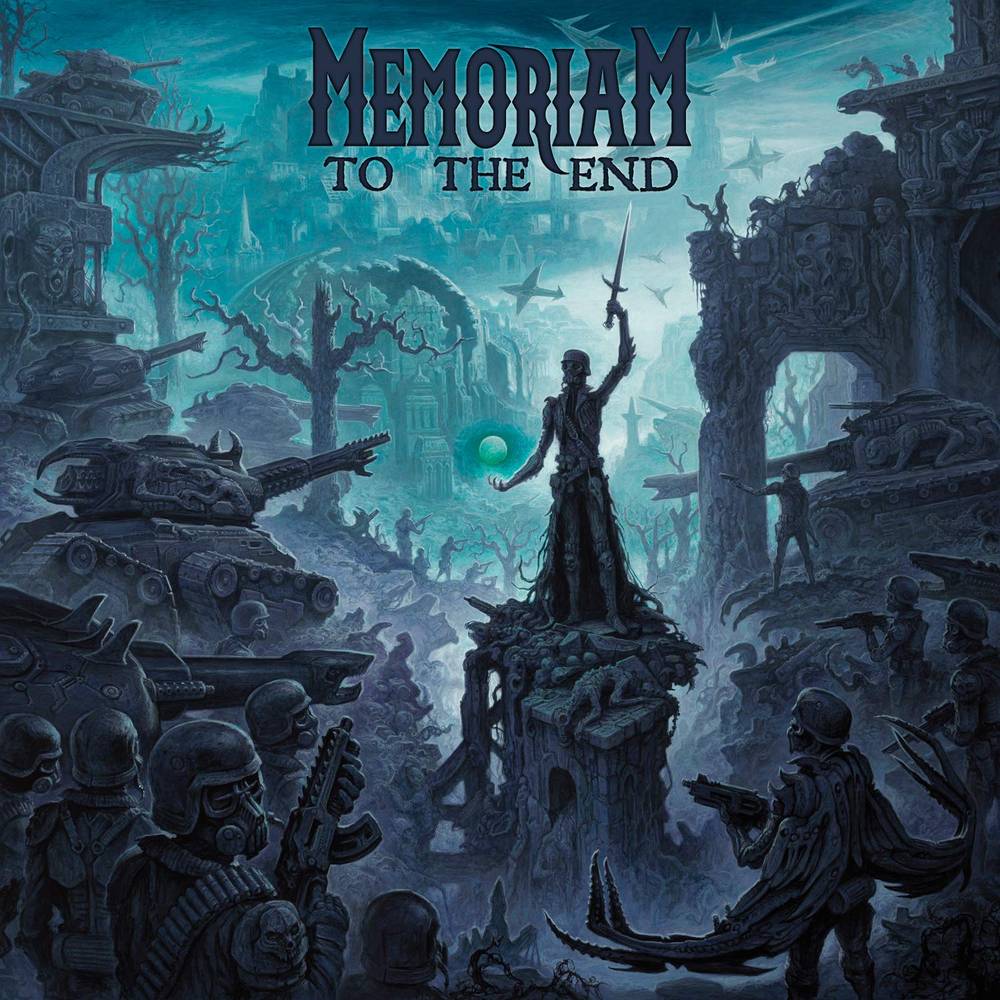 It is the beginning of a new era. Since early October 2020, smoke lays over Northampton near London. The machinery is well-oiled, and the plan excellent - MEMORIAM have recorded their fourth studio album! The speed the British machinery at work since their early days is enormous, and equally amazing. In 2016 the band inaugurated the public to their existence. Since those days the machines have never stood still. The British Death Lead Commando caused a big rumble shortly after the first rumors about where this journey would go. „The Hellfire Demos“ hit the worldwide scene with its old school Death Metal and left speechlessly torn open mouths which are still raving of the enthusiasm of this achievement today. When "For The Fallen“, the debut album, was unleashed on mankind via Nuclear Blast Records in 2017, the impression was even more powerful – Truly a historic act for metal history. But as mentioned, there is no standing still for MEMORIAM. Meanwhile emancipated from other bands, they write their own history. While the first album was heavy, oppressive and marked by grief, the second album „The Silent Vigil“ (2018) showed their merciless and aggressive side. The same applies to the third strike „Requiem For Mankind“, which stands unmistakably in the short but impressive tradition of all previous MEMORIAM efforts. After this concentrated Death Metal trilogy, all signs pointed to upheaval, as if the band wanted to completely break away from their old roots. They looked for a new home and signed a worldwide record deal with the upcoming label Reaper Entertainment Europe. When drummer Andy Whale had to take a forced break due to health reasons, Spike T Smith - a close friend of the band took over the job in the rhythm section. Nevertheless „To The End“ follows the tradition of its predecessors without leaving any doubt that one of the strongest albums of 2021 lurks here. Once again the grooves are monstrous, the riffs merciless, and the atmosphere oppressive, paralyzing, down right overwhelming, and Willett‘s aggressive vocals provide the proverbial icing on the cake. „To The End“ is a tremendous demonstration of power that impressively unites all elements of its predecessors, painting a frightening picture of war, death and destruction, where nothing remains at the end but ashes and the realization of a masterpiece. The grandiose songwriting and first-class recordings are rounded off by the production of Russ Russell (NAPALM DEATH, DIMMU BORGIR, AT THE GATES, AMORPHIS etc.) at Parlour Studios, which comes across as charming „Down to Earth“, but wonderfully differentiated, to give every detail on „To The End“ its deserved recognition.