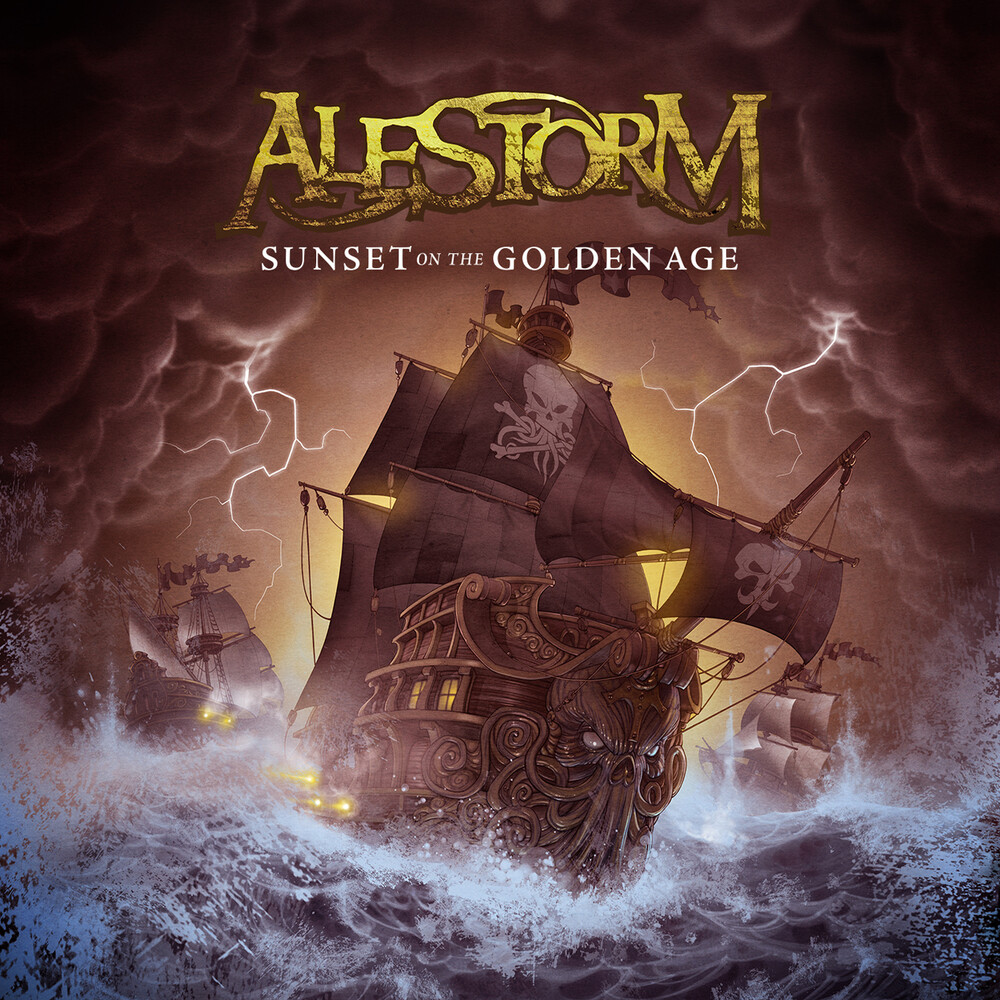 Don your tricorn hat and join the pirate’s crew with the re-release of Alestorm’s outstanding Sunset On The Golden Age album, sailing the seven seas once again exclusively as part of RSD Drops! This special edition comes with completely renewed artwork and contains an exclusive 12’’ art print. Unforgettably catchy songs featuring an abundance of parrots and eye patches prove a real treasure for buccaneers and rum-loving landlubbers alike!

Featuring “Drink”, “1741 (The Battle Of Cartagena)” and the legendary “Hangover” cover, the standout album, originally released in 2014, includes some of the most sing-a-long worthy hits in the history of piracy. Captain Christopher Bowes and his crazy crew sail through “Bacon Powered Pirate Core” with sleek keyboard riffs influenced by Folk Metal and classic Power Metal.

Shortly after the release of their already legendary live album, Live In Tilburg, the pirate metal drinking crew returns with this special gift to all the filthy marauders out there! Cast off and Ship AHOY! Black/Gold Splatter in a gold-foil gatefold jacket. Limited to 3000 pieces worldwide.