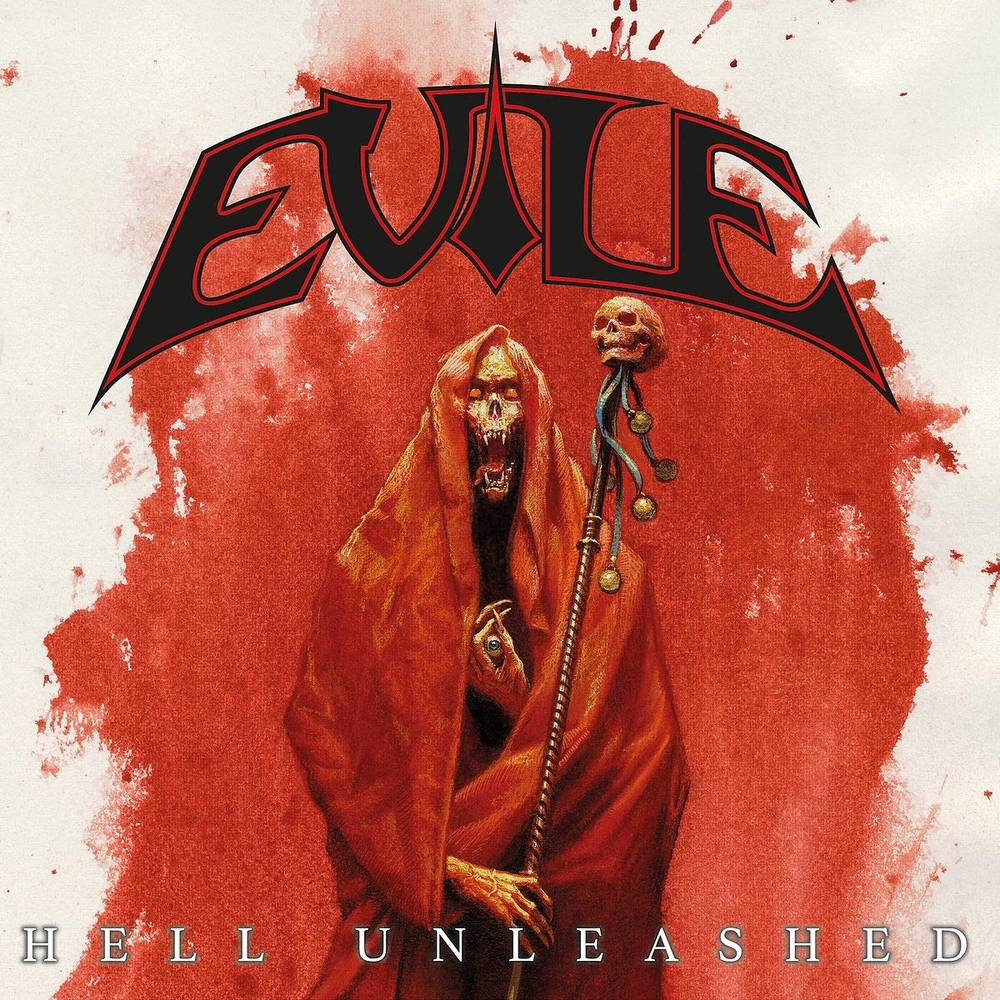 Since their formation in 2004, British thrash-revivalists EVILE have been turning heads and taking names, delivering four pure thrash offerings blended with an uncompromising death metal assault. Their upcoming fifth studio album, Hell Unleashed, is the long-awaited successor to their 2013 release, Skull, and features the new exciting line-up formation of the talented Ol Drake on vocals/guitars and new member Adam Smith of RipTide as rhythm guitarist. The newly staffed four-piece strikes again on nine explosive tracks, leaving nothing but a hammering world of sound taken apart by thrash. Album opener “Paralysed” catches with endangering guitar lines, quickly building up to a furious thrash manifesto and attacking the eardrum at breakneck speed. “Gore” delivers with merciless velocity and explosive backing vocals from American actor, musician and comedian Brian Posehn, and highlights the band’s irrepressible, speeding energy. With double the amount of power, twice the speed, untamed brute and blazing riffs, the title track “Hell Unleashed” propels old and new fans to the status of eternal mayhem and huge thrash euphoria. “The Thing (1982)” marks another high point of the upcoming full-length: The track strongly represents one of the album’s most influential leverages, the cinematic impact on their songwriting in symbiosis with their outstanding competences of kicking in doors with thundering drums. In 41 minutes, Hell Unleashed unchains the unbridled forces of hell, catches some rousing demons of the past and provides classical thrash metal with a contemporary yet hard-edged touch. EVILE are back – straight from the abyss!