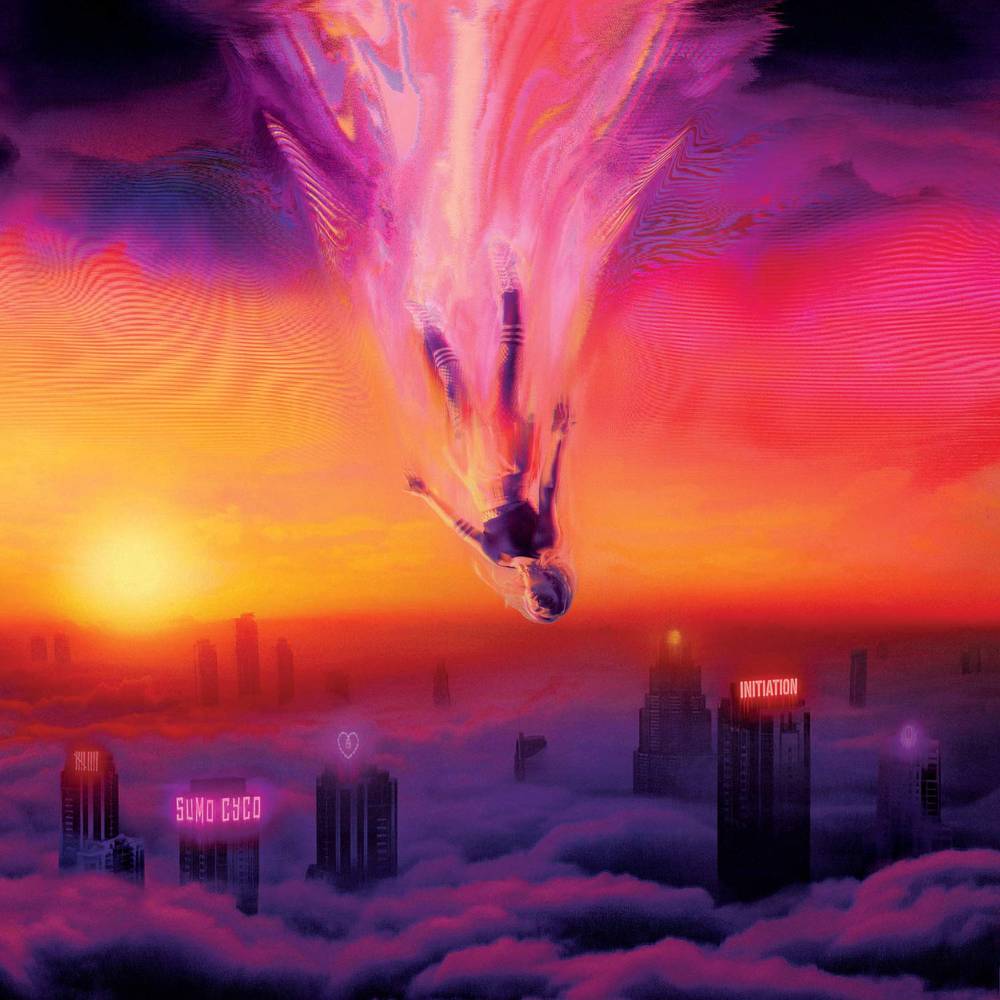 Canadian rock/metal crossover quartet SUMO CYCO transcend into an explosive new era with their third full-length album and Napalm Records debut, Initiation – inviting a mass of new fans into their warped, dystopian-like world of “Cyco City”! Interlaced with infectious heavy metal grooves, pop-perfected hooks, electronic undertones and a dose of punk flavor, Initiation breaks all the rules while delivering a cohesive yet purely unbridled sonic adventure. As with its predecessors Lost In Cyco City (2014), Opus Mar (2017) and countless singles, Initiation is based in the imaginative conceptual location of “Cyco City”, and builds upon the theme, its characters, and more specifically, its faction-like “gangs”. But unlike most concept albums, the lyrical content is inspired by the band’s real-time environment – featuring timely, personal themes of love, sacrifice, anxiety, empowerment and more that all listeners can relate to. At the album’s start, the Hamilton, Ontario natives light a spark with the seductively hooked track “Love You Wrong”, connecting like a punch and setting the stage for the vigor to come. The blitz continues with standouts like lethal room-mover “Bystander” and electronic-infused, in-your-face rock anthem “Vertigo” – the latter standing tall with its airtight, gritty pop sensibility and featuring the production mastery of Juno Award-winning producer Kane Churko (Ozzy Osbourne, In This Moment, Papa Roach). Swiftly followed by erratic, addictive nod-to-the-times “Bad News” and heavy, creeping success “No Surrender”, Initiation proves not even halfway through that the band’s songwriting ability and the commanding performance prowess of Juno Award nominee and former pop star-turned-rock frontwoman Skye “Sever” Sweetnam, guitarist Matt “MD13” Drake, bassist Oscar Anesetti and drummer Matt "Trozzi" blend a recipe for greatness. The album continues winding through a mastery of heavy-meets-pop execution before ending with the full-throttle, sugar n’ salt packed album closer “This Dance Is Doomed” (while various editions cap off with sultry, confident “Awakened”). By the end of Initiation, listeners will wonder just what exactly SUMO CYCO can’t do, proving them as a band on the rise, and that unconventionality always stands out from the pack.