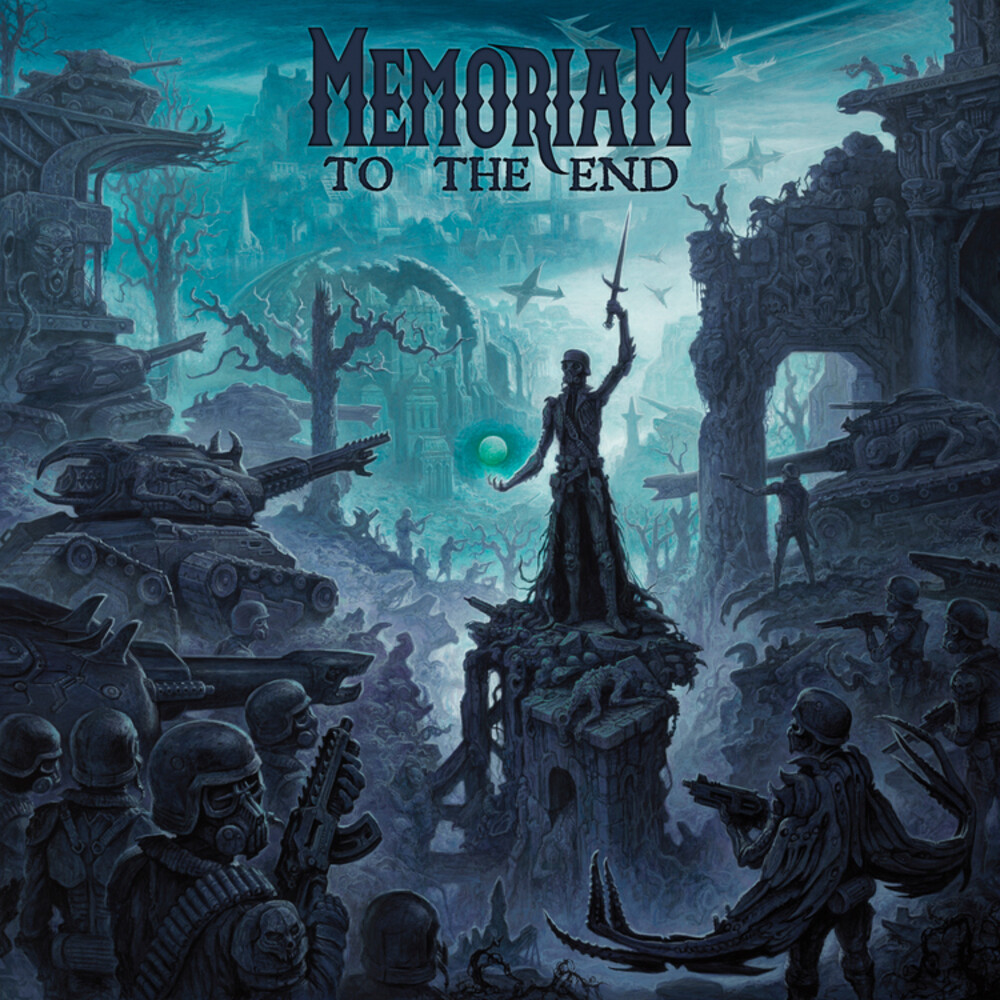 Vinyl LP pressing. It is the beginning of a new era. Since early October 2020, smoke is laying over Northampton near London. The machinery is well-oiled, the plan excellent - Memoriam have recorded their fourth studio album! The speed the British machinery has been working at since their early days is just enormous and equally amazing. To The End follows the tradition of it's predecessors without leaving any doubt that one of the strongest albums of 2021 lurks here. Once again the groove is monstrous, the riffs deadly merciless and the atmosphere oppressive, paralyzing, even overwhelming. To The End is a tremendous demonstration of power that impressively unites all elements of it's predecessors and paints a frightening picture of war, death and destruction at the end of which nothing remains but ashes and the realization of a masterpiece. The grandiose songwriting and first-class recordings are rounded off by the production of Russ Russell (Napalm Death, Dimmu Borgir, At The Gates, Amorphis, etc.) at Parlour Studios, which comes across as charming "Down to Earth", but wonderfully differentiated, to give every detail on "To The End" it's deserved space.