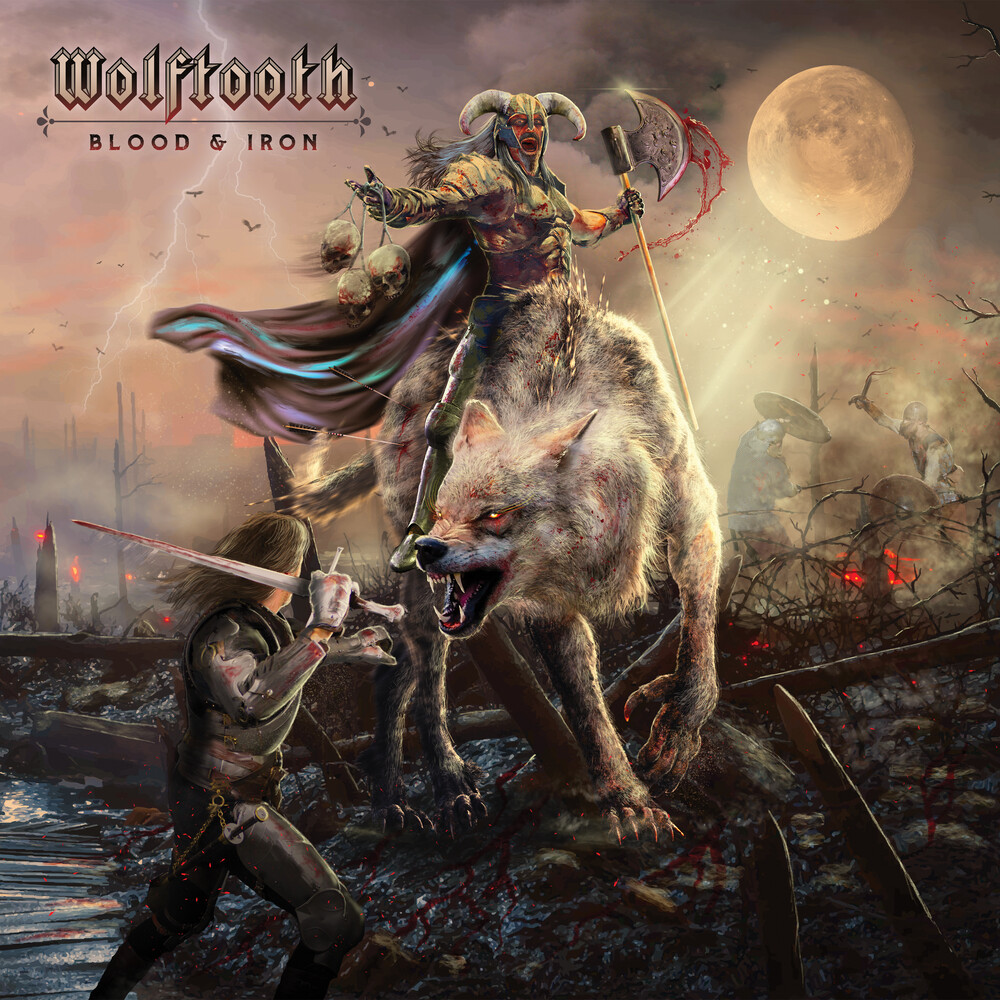 Hailing from the almighty Midwestern USA is Richmond, Indiana's very own Wolftooth - offering a colossal slab of genuine, proto-metal influenced heaviness with a deep dose of doom essence and addictive stoner riffage to boot. In the same vein as their previous releases of subterranean acclaim, Wolftooth (2018) and Valhalla (2020), the band's latest release and label debut, entitled Blood & Iron, continues the band's journey through a treasure trove of fantasy-themed lyrical influences - exploring mystical and often treacherous themes of mythology, lore and legend with a focus on sorcery, battle and non-stop adventure! Recorded, mixed and mastered by longtime producer Jeremy Lovins, Blood & Iron is a true nod to classic, feel-good American heavy metal with modernized flair, providing an escape for the listener that hits hard without ever feeling pretentious or aloof.