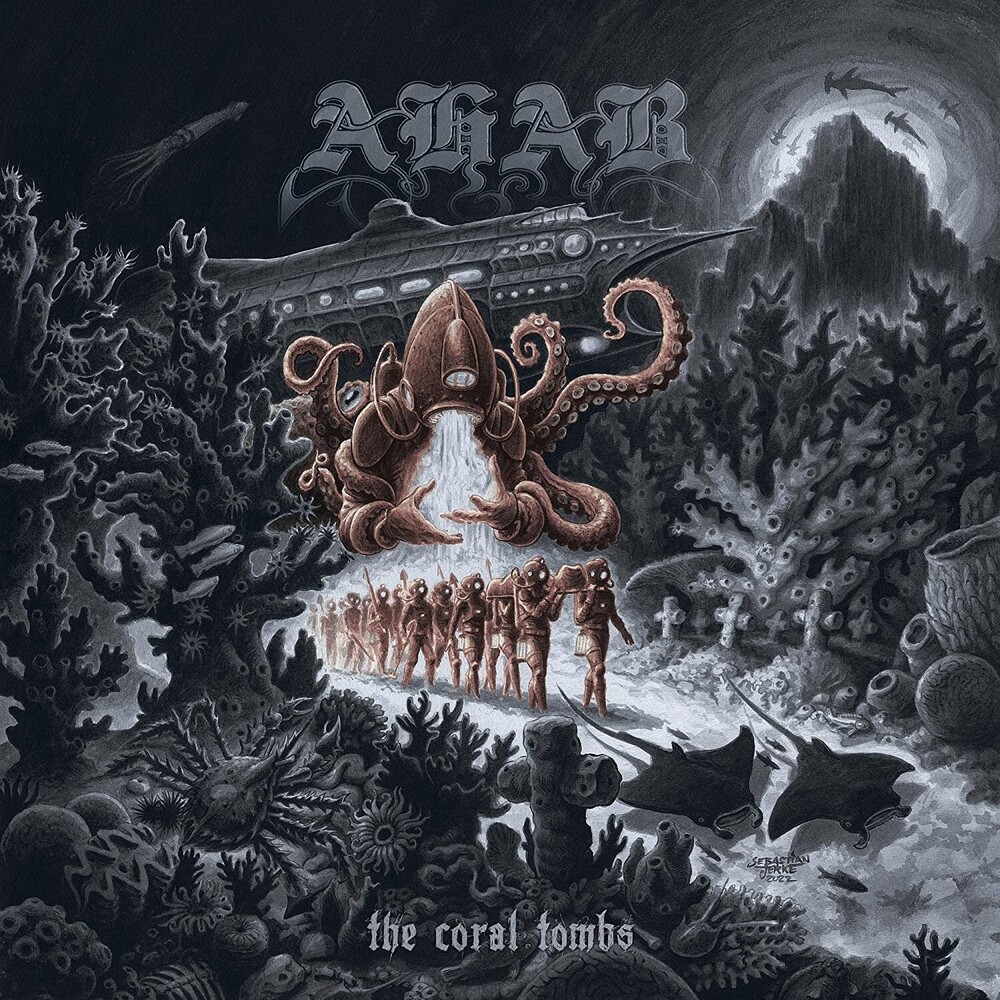 DISC: 1
1. Prof. Arronax' Descent Into the Vast Oceans
2. Colossus of the Liquid Graves
3. Mobilis in Mobili
4. The Sea As a Desert
5. A Coral Tomb
6. Ægri Somnia
7. The Mælstrom

Following their much acclaimed, chart-impacting 2015 release, The Boats Of The Glenn Carrig, and their epic Live Prey release (2020), 2023 sees extreme doom metal masters Ahab celebrate their 19th band anniversary in glorious style. Inspired this time by Jules Verne's masterpiece 20000 Leagues Under The Sea, The Coral Tombs is the fifth album from the German four-piece and their first in eight years.