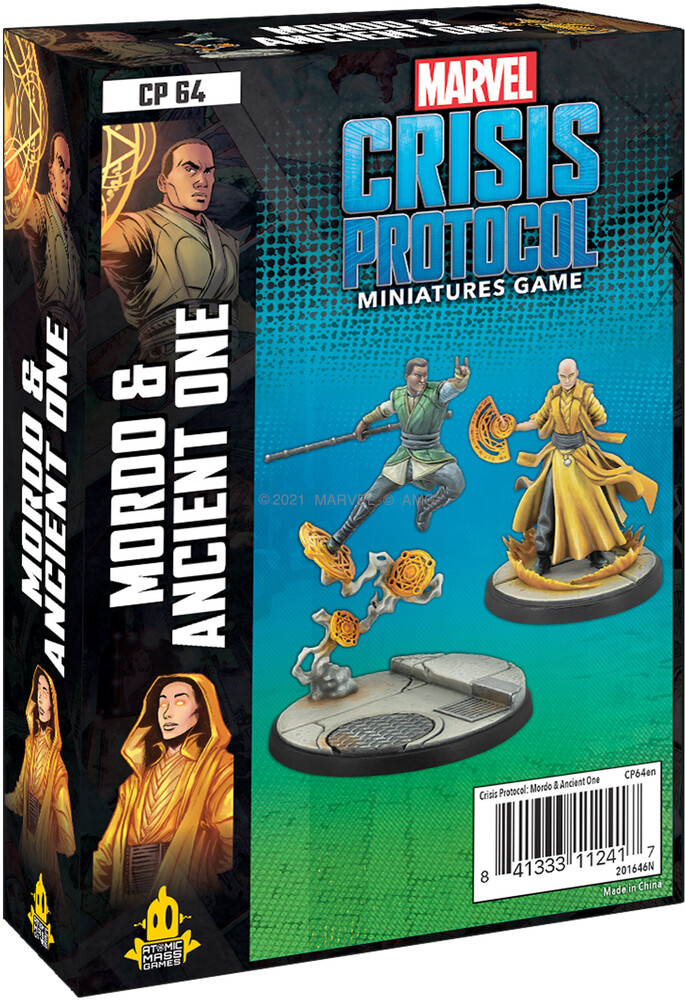 Two masters of magic enter the fray with the Mordo & Ancient One Character Pack for Marvel: Crisis Protocol! Baron Karl Mordo learned his impressive magical ability by training with the Ancient One.

He has long been one of Doctor Strange's greatest foes and has consorted with darker powers like Dormammu in his efforts to destroy the Sorcerer Supreme.

Meanwhile, the Ancient One was born more than 500 years ago and learned how to unlock the mystical power of the universe to work magic.

Becoming the first Sorcerer Supreme, the Ancient One is one of the most powerful magic wielders in the world, sworn to protect the world against evil magic and those who use it.

This pack brings these characters to Marvel: Crisis Protocol, inviting players to unleash their powerful magic in battle.

In it, players will find beautifully sculpted, unpainted Mordo and Ancient One miniatures for them to assemble and customize.

Once they enter battle, these characters enhance their teams with a vast array of mystical abilities that only get stronger with the aid of three Team Tactic Cards depicting powerful objects such as the Orb of Agamotto.

Adds powerful mystical characters Mordo and the Ancient One to Marvel: Crisis Protocol.

Pairs well with other mystical characters in the new Convocation Affiliation such as Doctor Strange and Clea.

Includes a new Crisis Card that tasks players with securing portals that have opened across the city.