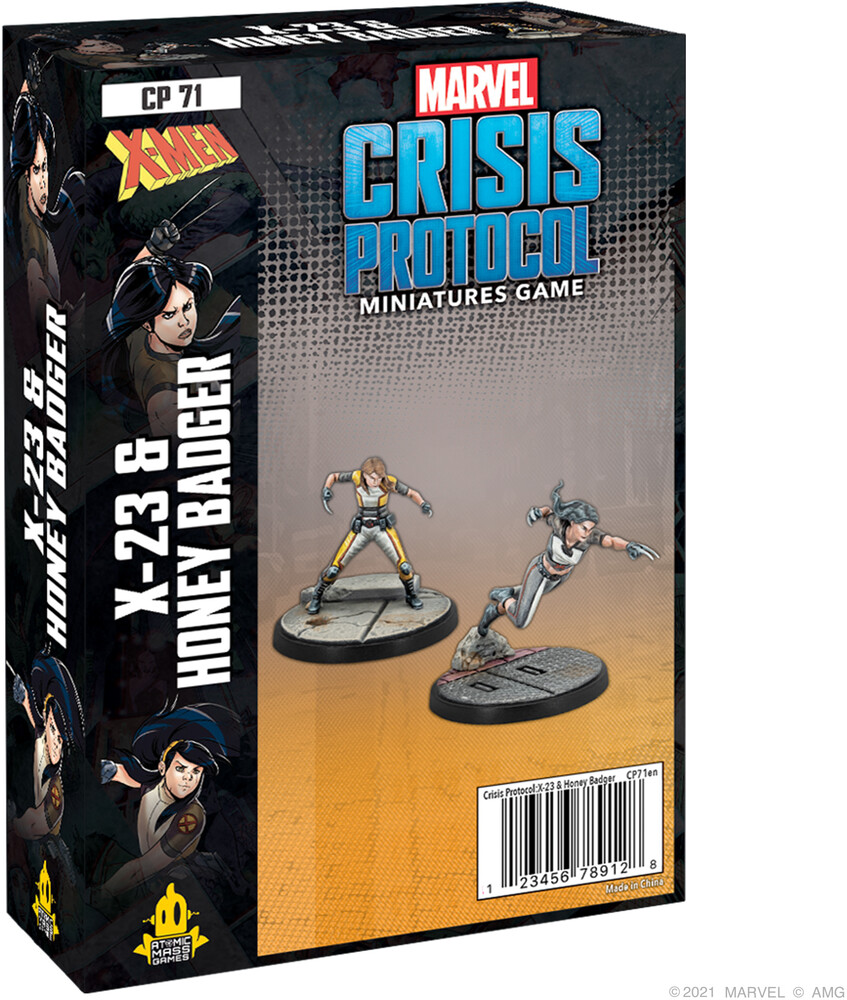 The legacy of Weapon X lives on in the X-23 & Honey Badger Character Pack for Marvel: Crisis Protocol! Laura Kinney is the 23rd attempt by the Facility to create a genetic copy of the mutant Wolverine. Born a living weapon, X-23 is a peerless fighter and assassin with the superhuman ability to heal from any injury, lightning-fast reflexes, and retractable adamantium-coated claws in her hands and feet. Alchemax Genetics created Gabrielle Kinney from the building blocks of X-23's genetic makeup. She was trained by Alchemax to serve as a bodyguard and elite fighter with the same regenerative abilities as Laura Kinney and Wolverine. Breaking free from her cruel makers, she assumed the identity of Honey Badger as a member of the X-Men. Now, these two dangerous characters make their way to the battles of Marvel: Crisis Protocol. Two highly-detailed, unpainted miniatures bring them to life on the tabletop, inviting players to add their own paint schemes. Whether fielded as members of the Uncanny X-Men or as part of another team, two Team Tactic cards make both X-23 and Honey Badger even more versatile in battle.