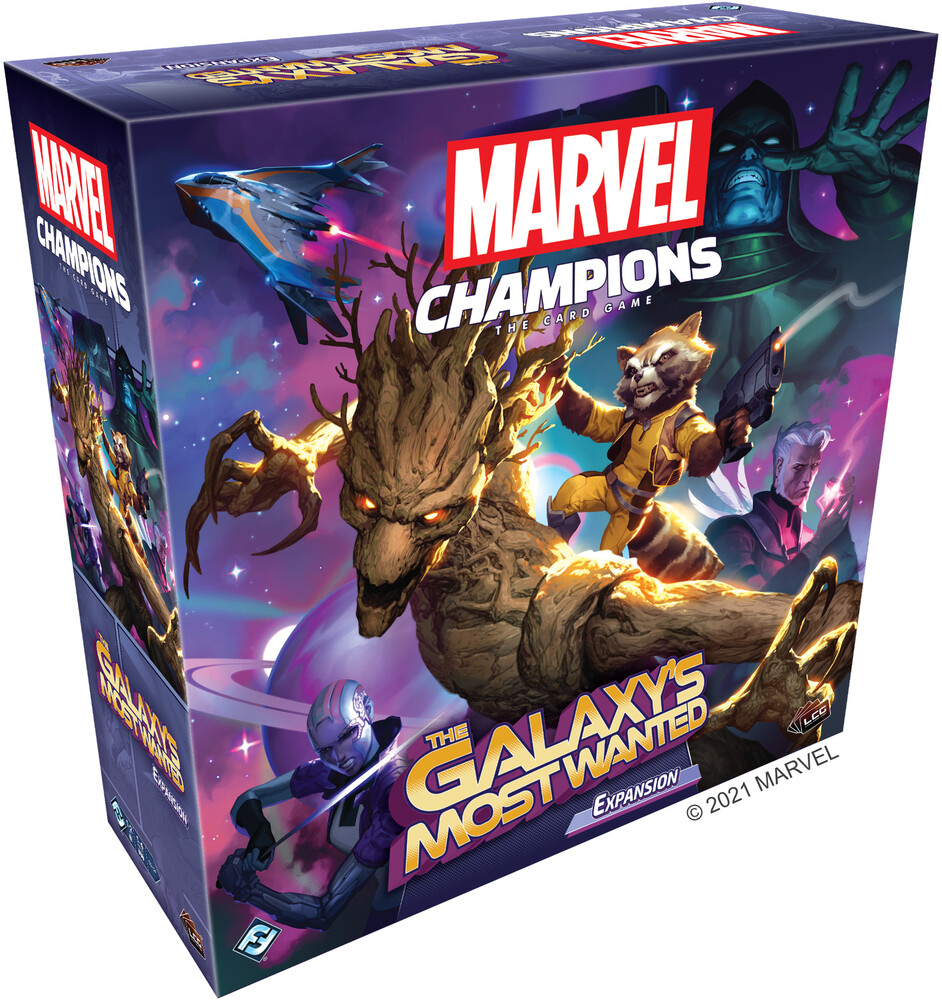 Marvel Champions The Card Game The Galaxy's Most Wanted Expansion.

Many villains confine their criminal activities to Earth-but beyond our atmosphere, there's a whole galaxy of strange civilizations, powerful artifacts, and unlikely heroes. Our galaxy is protected by the Guardians of the Galaxy, and when Earth's Alpha Flight Station comes under attack by the Badoon, only the Guardians stand a chance of stopping the attack and uncovering the true motives behind it...

The Galaxy's Most Wanted campaign expansion adds over 250 new cards to Marvel Champions: The Card Game. Rocket Racoon and Groot join the roster of heroes with fully pre-built and ready-toplay player decks stuffed with new cards. Whether they're playing these new heroes or relying on old favorites, players can test their mettle against four brand-new villains: Drang of the Brotherhood of Badoon, the Collector (featured in two separate scenarios), Nebula, and Ronan the Accuser. Each of these five scenarios offers a unique challenge that can be played independently or as part of a larger campaign.