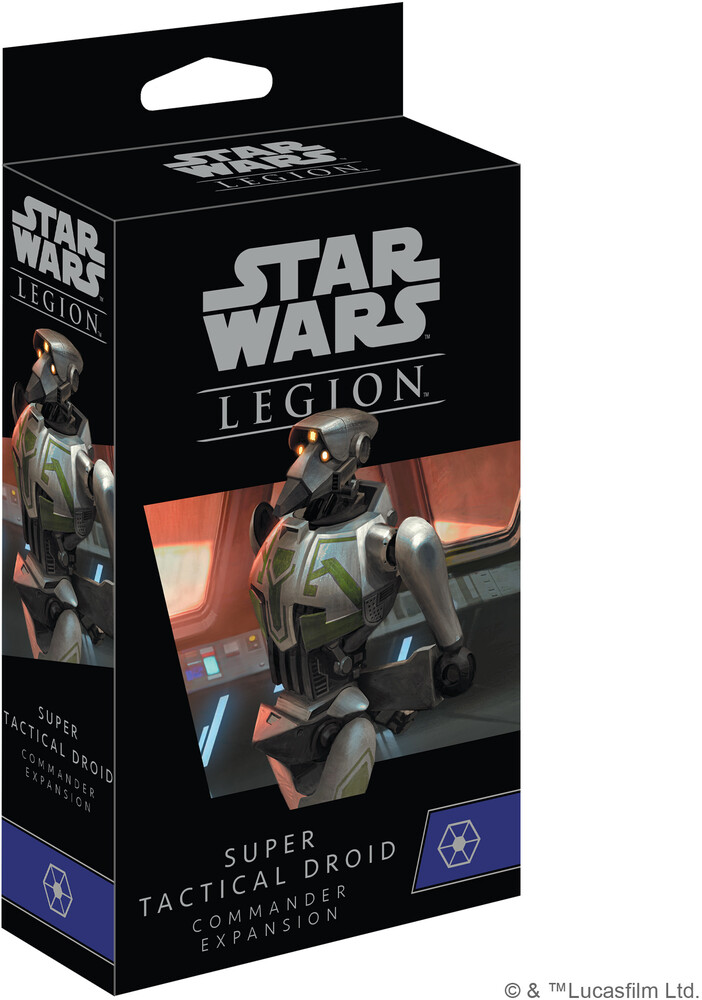 An upgrade over the T-series Tactical Droid, the Separatist Alliance often calls upon these ruthless droids to serve as generals in their armies.

Relying on cutthroat tactics, they will stop at nothing to accomplish their objectives.

This expansion contains everything you need to deploy your own Super Tactical Droid to battle your foes, beginning with a beautifully detailed, unpainted hard plastic miniature that can be assembled in three distinct poses.

Meanwhile, three unit cards give you the freedom to choose the specific Super Tactical Droid to lead your army, whether it's a standard model or the infamous Kalani or Kraken.

No matter which droid you choose, three command cards help your Super Tactical Droid bend the battle to their will. Finally, six upgrade cards invite you to further customize your droid to fit your battle plan.

Put a highly intelligent Super Tactical Droid in command of your army.

Three unit cards allow you to field a standard Super Tactical Droid, or the infamous Kalani and Kraken.