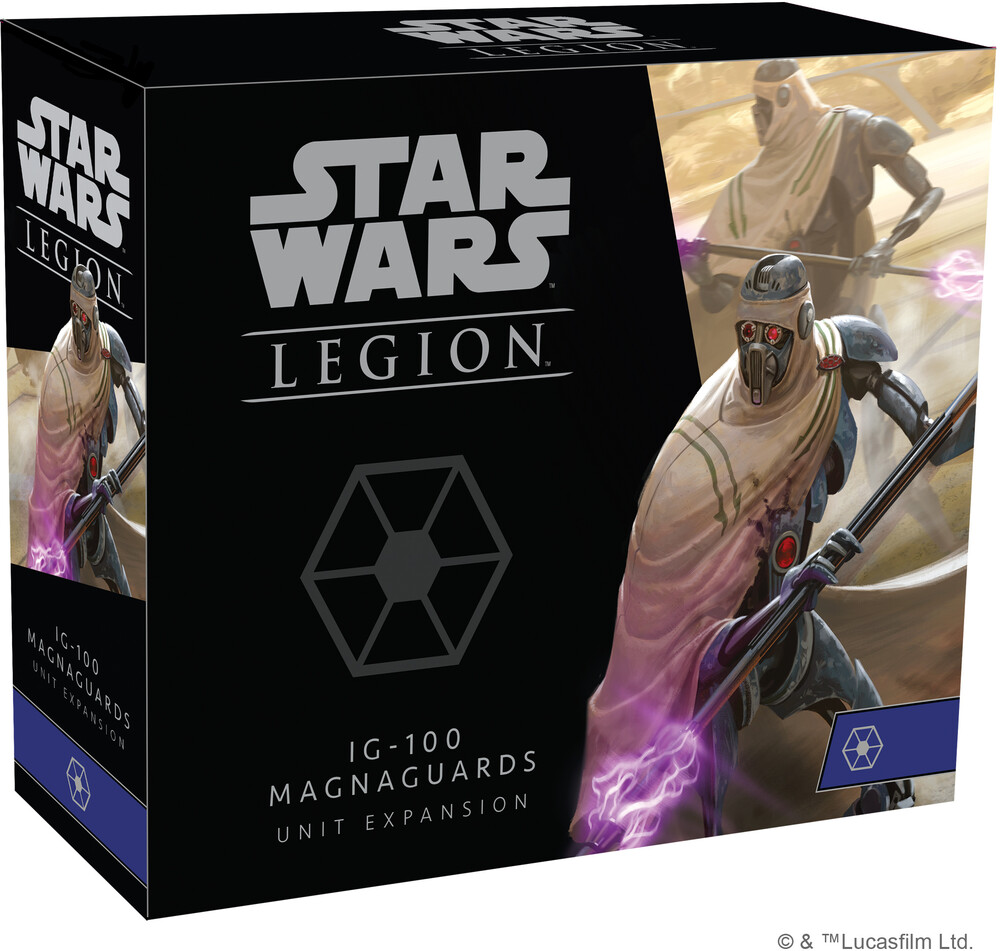 These implacable droids are programmed as unflinching bodyguards for key Separatist commanders like General Grievous and Count Dooku.

Armed with deadly electrostaffs and precision blaster pistols, the menacing MagnaGuards will continue to fight after losing limbs-or even their head!

In addition to their standard electrostaffs, these miniatures can be assembled with a variety of alternate weaponry, including an RPS-6 rocket launcher, an electro-whip, and a unit leader that can appear with a precision laser dart.

Additionally, eight upgrade cards give you even more options for your MagnaGuards, including two heavy weapons.

Eight upgrade cards unlock even more options for your MagnaGuards, including an RPS-6 rocket launcher and an electro-whip.