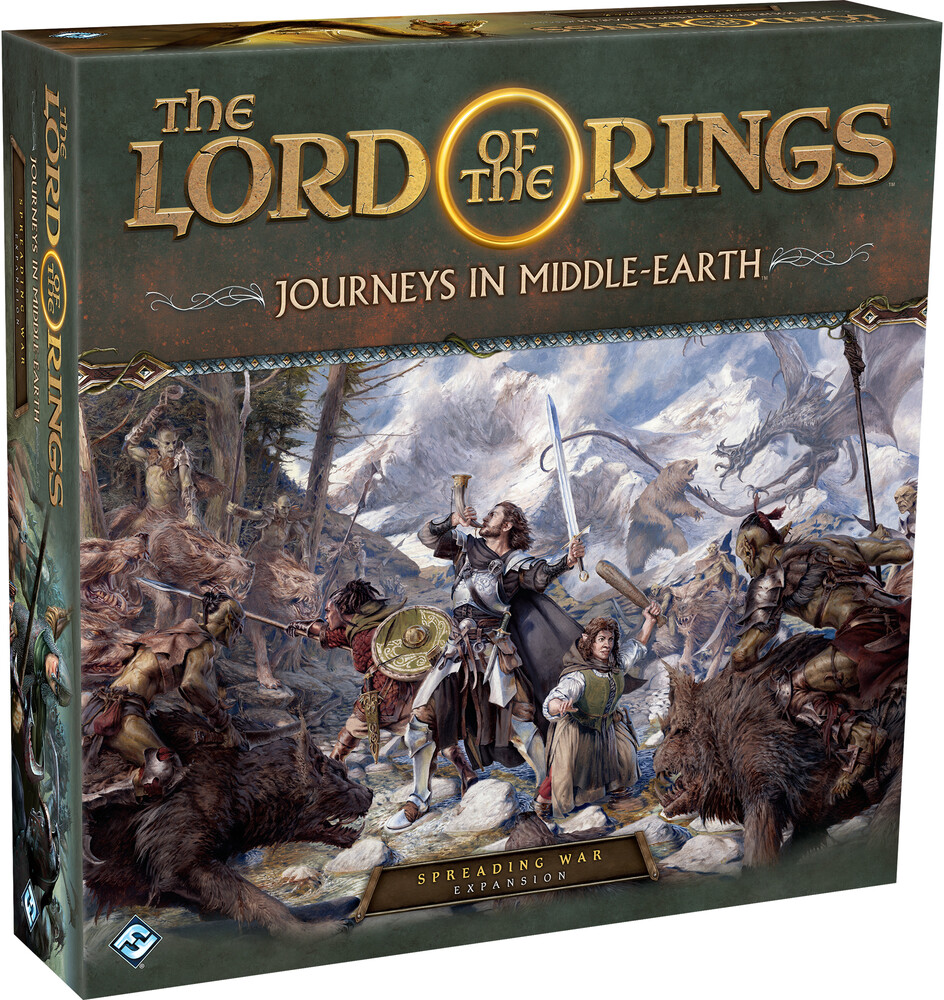 Bring the shadow of war to The Lord of the Rings: Journeys in Middle-earth with the Spreading War expansion! Within, players will find new heroes, enemies, journey map tiles, terrain, and items to supplement all of their adventures. This expansion also unlocks a brand-new, fifteen-scenario campaign that challenges the heroes to battle ruthless mercenaries across the wide plains of the Riddermark, in the tangle of Fangorn Forest, and through the haunted ruins of Osgiliath.

Can the players protect the lands of Rohan and Gondor? Prepare the heroes of Middle-earth and ride to battle in Spreading War!

A new large box expansion for The Lord of the Rings: Journeys in Middle-earth.

Introduces six new heroes to the game, including the mighty, shapeshifting Beorn.

A host of militant new enemies swarm into the game, such as the Oliphant and a mighty Siege Tower.

Opens the door to a brand-new, fifteen-scenario campaign that leads the heroes across Rohan and Gondor.