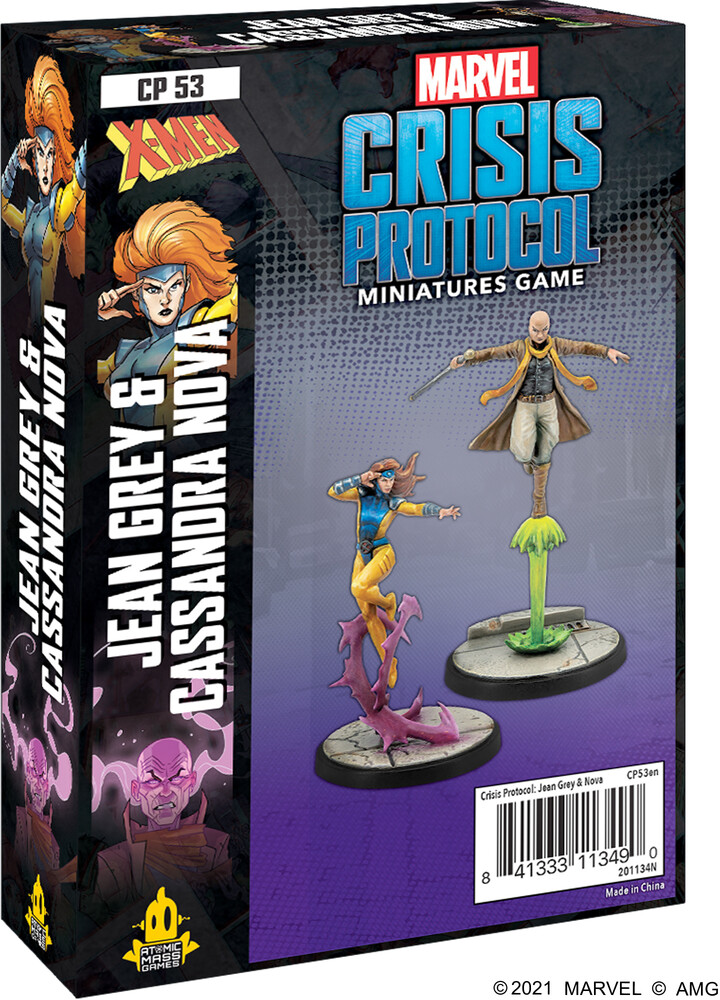 One of the first and most promising students of Xavier's School for Gifted Youngsters, the mutant Jean Grey is gifted with the power of telepathy and telekinesis. She uses these powers as one of the founding members of the X-Men, a team of mutant heroes who protects a world that fears and hates them.

Meanwhile, Cassandra Nova is the mummudrai of Charles Xavier, a parasitic being born to the astral plane. Her psychic entanglement with the powerful Xavier has given Nova incredible powers, including the ability to possess the bodies of others. As Charles' dark reflection, she seeks to destroy everything he holds dear.

This pack brings both powerful characters to Marvel: Crisis Protocol with beautifully sculpted Jean Grey and Cassandra Nova miniatures. These new characters are two Team Tactic cards that unlock their full potential as well as everything else needed to include them in games of Crisis Protocol.