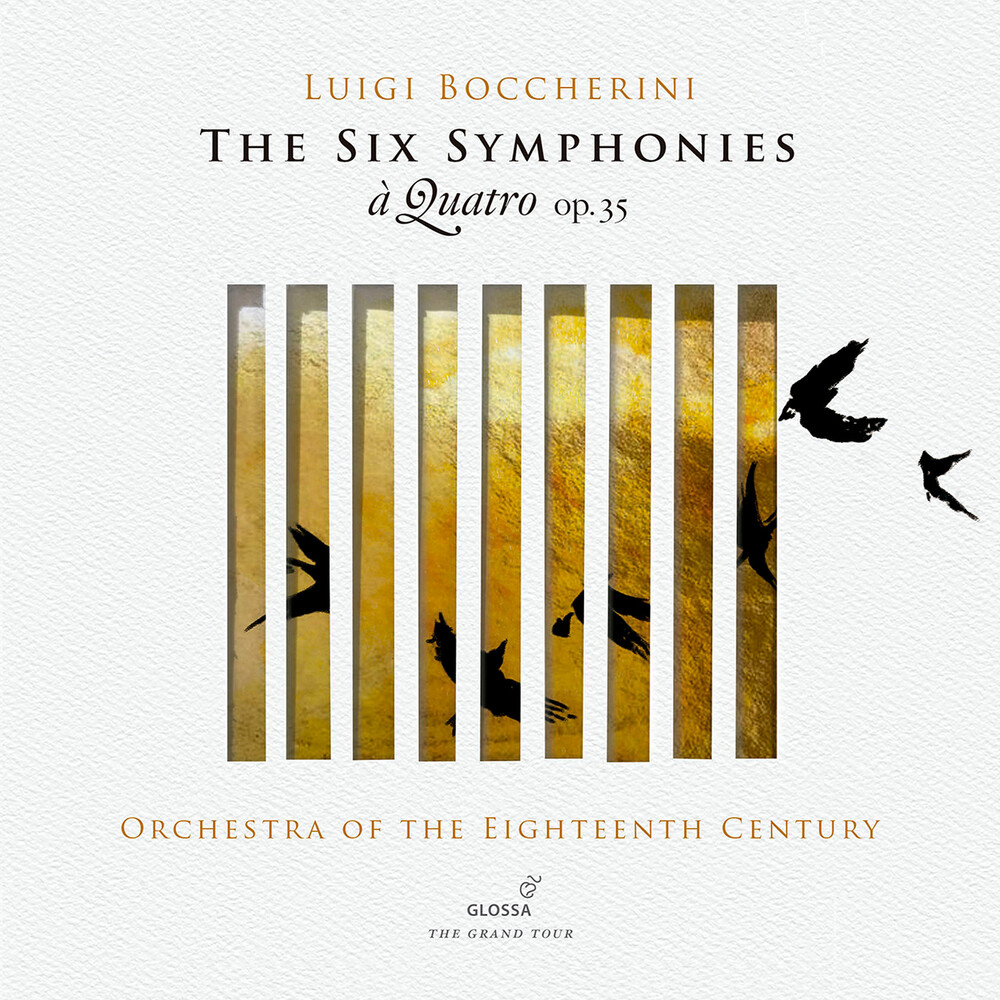 Emilio Moreno's passion, knowledge and thirst for the music of Luigi Boccherini yields a further revelation with the Six Symphonies, op.35, premiered in 1782, newly edited by violist Moreno and performed here by the Orchestra of the Eighteenth Century. In 1981, Frans Brüggen, Lucy van Dael and friends founded the Orchestra of the Eighteenth Century, consisting of fifty members from twenty different countries. Six or more times a year the orchestra assembles to go on tour. The musicians, all specialists in eighteenth and early nineteenth century music, play on period instruments or on contemporary copies. The wide-ranging repertoire this orchestra performs includes works by Purcell, Bach, Rameau, Haydn, Mozart, Beethoven, Schubert, Mendelssohn and Chopin, and has been recorded for Philips Classics and nowadays for The Grand Tour / Glossa. In August 2014, the Orchestra had to say farewell to Brüggen. While the collaboration between the orchestra and it's founding father came to an end with his death, Brüggen's inspiration remains and will guide the Orchestra for years to come. The Orchestra continues the tradition of six or more projects a year, now by inviting guests and guest conductors to lead.