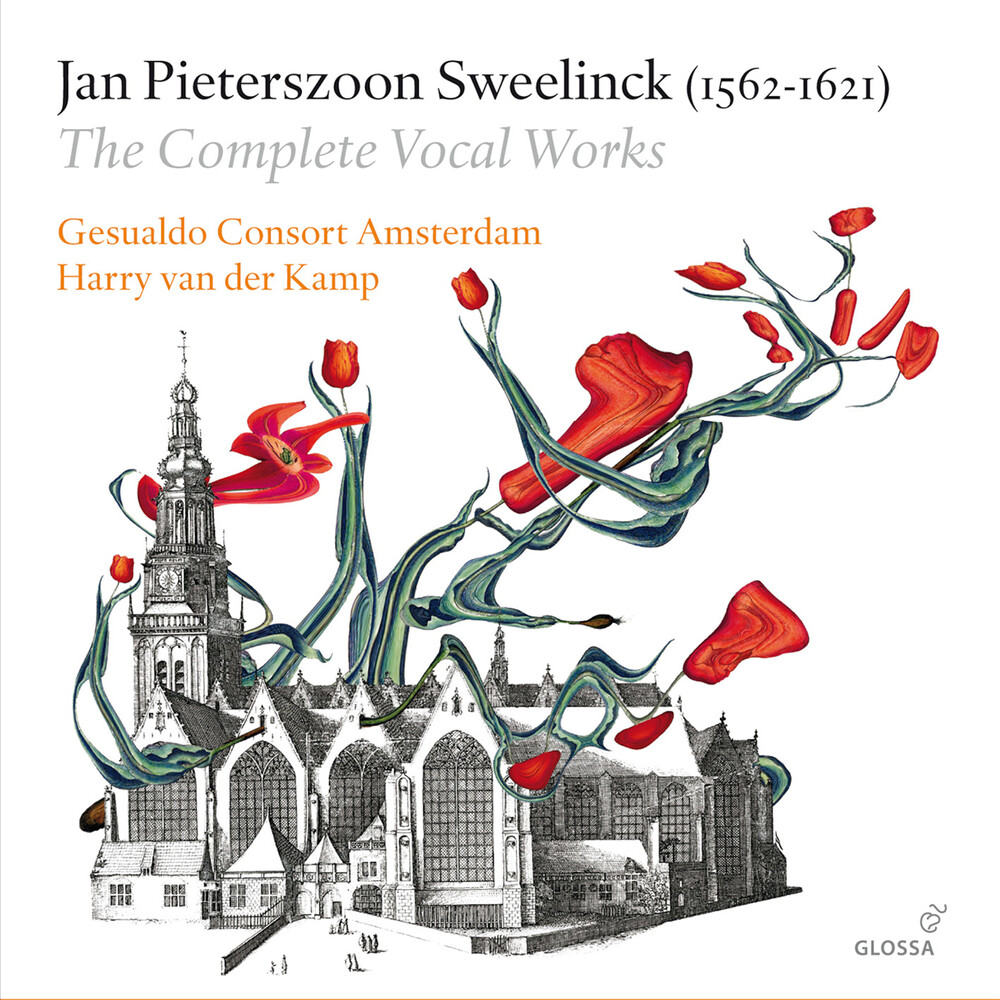 In the summer of 2009 Harry van der Kamp and his Gesualdo Consort Amsterdam finished, with the recording of the "Cantiones Sacrae", their epic journey through the complete vocal oeuvre of Jan Pieterszoon Sweelinck. All in all, a total of 17 CDs of music had been recorded. The project included the Complete Psalms, the Complete Secular Works, and the Cantiones Sacrae. Sweelinck, who was the organist at the Oude Kerk from the age of 15 until his death, carried out his musical activity at a time in which Catholicism had been supplanted by Calvinism. This development proved decisive in the composer basing his Magnum Opus - the composition of music for all the 150 Psalms - on the French texts of the Genevan Psalter, a metrical adaptation of the Biblical Psalms. On the occasion of the 400th anniversary of Sweelinck's death, Glossa presents his complete vocal works in a box set for the first time.