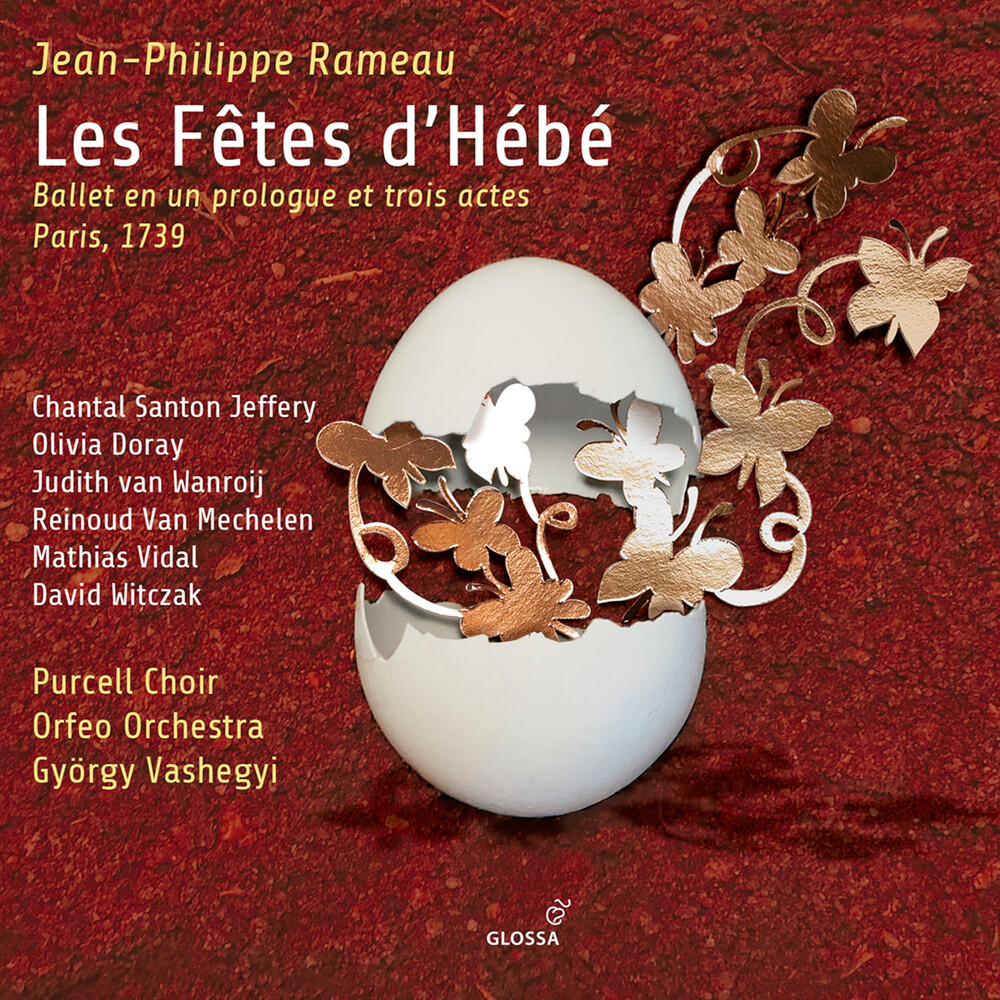 Jean-Philippe Rameau's opéra-ballet Les Fêtes d'Hébé gains a stirring and bright-colored new recording from a starry line-up of soloists, György Vashegyi, his Purcell Choir and Orfeo Orchestra. Though first performed at the end of the 1730s - between the two tragédies of Castor et Pollux and Dardanus - this work has received much less modern recognition for it's qualities than either of the other two, although it had a substantial success with it's first run of over 70 performances; an entertainment mixing delight and longing, underpinned by Rameau's coloristic and sophisticated orchestration and coupled with his supremely inspired pastoral writing. Now, with a new edition prepared by Pascal Denécheau (who also writes the booklet essay here), this new production presents modern-day stars of the French Baroque in Chantal Santon Jeffery, Olivia Doray, Judith van Wanroij, Reinoud Van Mechelen, Mathias Vidal and David Witczak, all relishing a libretto (peopled by characters from mythology and the Ancient World) which aims at celebrating the artistic aptitudes to be found on the stage of the Opéra in Paris: Poetry, Music and Dance (from which derives the opera's subtitle of "Les Talents lyriques").This new recording presents the June 1739 version of this opéra ballet (whilst embracing changes made in revivals from across subsequent decades), and additionally includes the original version of the second entrée, "La Musique".