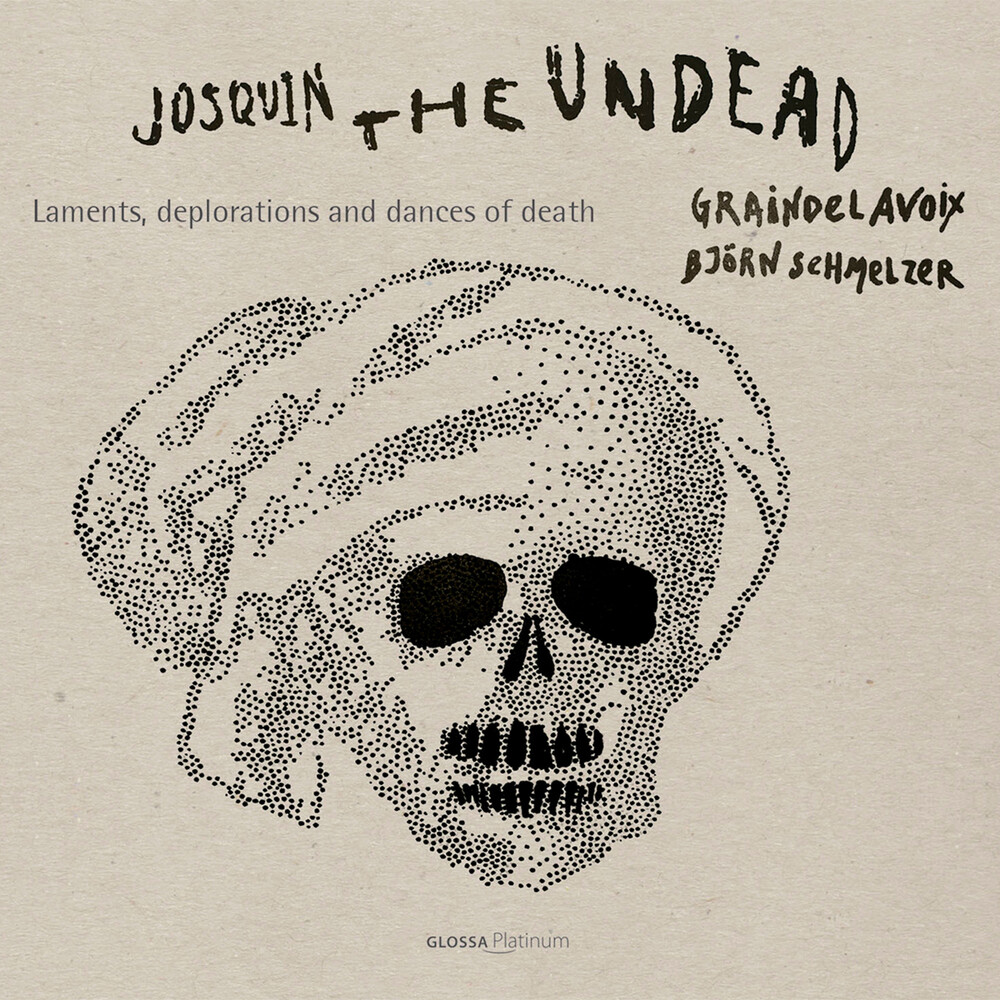 Björn Schmelzer and his ensemble provide their special vision in this Josquin Desprez anniversary. With the conviction that Josquin, during his late years, produced works in sight of his own death, Graindelavoix renders compositions included in Tielman Susato's 1545 Antwerp print (Septiesme livre de chansons, published 24 years after the composer's life ended). With an all-male vocal ensemble and a subtle instrumental accompaniment, Graindelavoix again goes beyond all standards and presents another ground-breaking interpretation of well-known repertoire. Added to Josquin's compositions are three laments for his own death, written by Gombert, Vinders and Appenzeller. Gombert's deploration Musae Jovis is one of his most breathtaking compositions, finishing with an exceptional dance à l'antique in which subterranean, terrestrial and heavenly elements indulge together praising the undead composer Josquin.