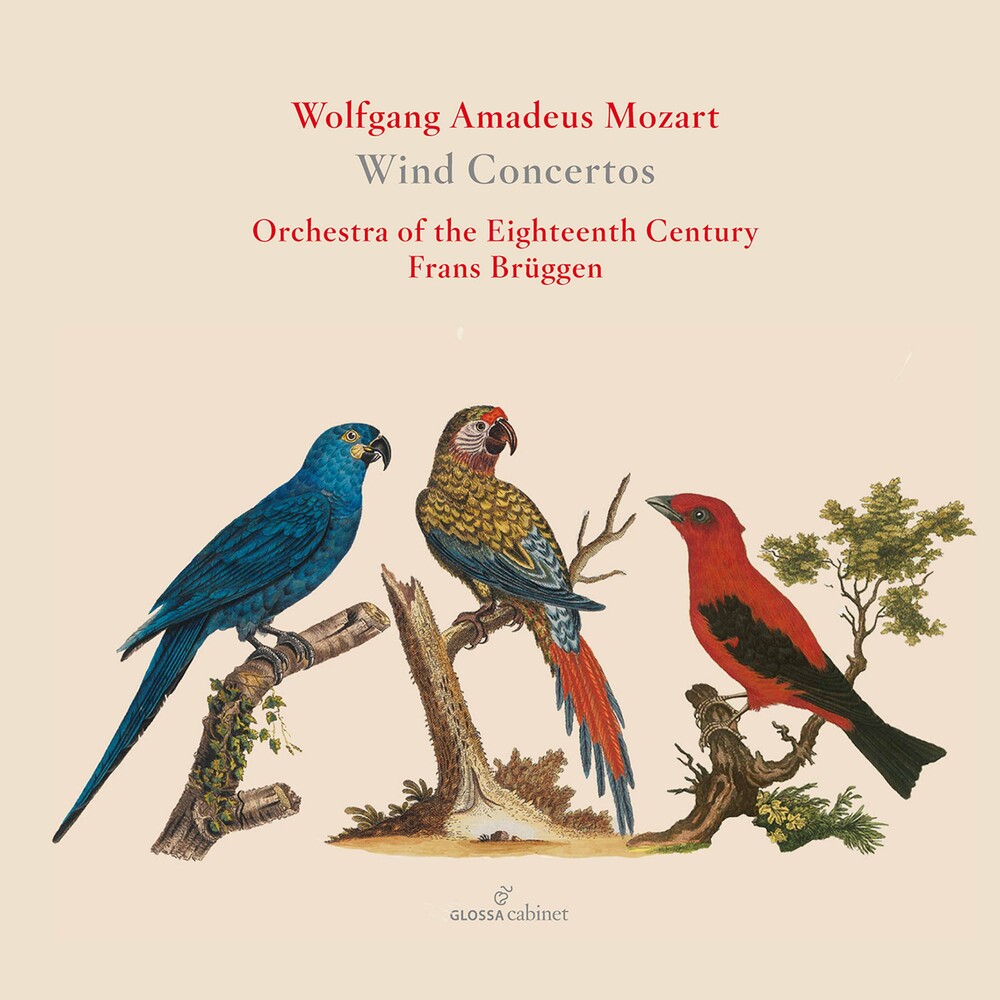 Wolfgang Amadeus Mozart has been central to the Orchestra's musicmaking and the composer made many friends with wind players and wrote abundantly for them. In 1992, a program for a concert given by clarinetist Anton Stadler in Riga in March of 1794 was discovered, where he played the Mozart Clarinet Concerto. Amazingly, this programme includes an engraving of the special "Inventions Klarinette", or basset clarinet, that Stadler had with him to play Mozart's music. Up until this time, no one knew what the basset clarinet looked like, and it came as a shock to see a long instrument with a bulbous bell on the end. This recording with Eric Hoeprich as soloist was the first time the work appeared played on an instrument as Stadler possessed. Of the various wind instruments, it was the natural horn which proved to be the one most favoured by Mozart in his solo instrumental music. Four concertos and a plentiful quantity of chamber scores in which the horn plays the leading role testify to that. Without doubt all this derived from the friendship between the composer and Joseph Leutgeb, a virtuoso player almost 25 years his senior. Teunis van der Zwart, one of the world's leading specialists on this instrument today, is the soloist of the Horn Concerto, KV 477. The program of the album is rounded off with the Oboe Concerto KV 314 with Frank de Bruine as soloist.