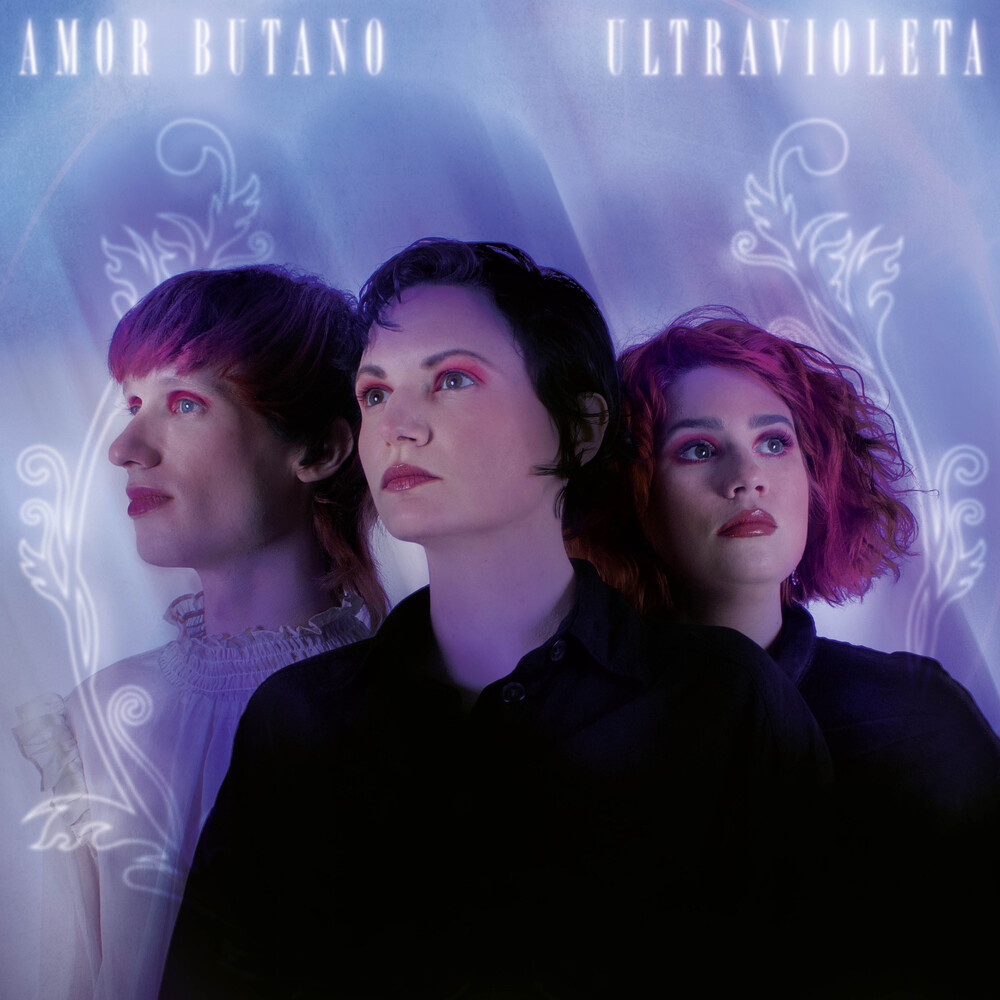 Limited 10" clear vinyl pressing. The talent pool in Valencia lately is overflowing and one of the names being promoted in the big mascletá is Amor Butano. The trio formed by Diego Ferrando, Raquel Goterris and Sara Alegre has made critics' and audiences' keyboards burn with the various eighties-style techno-pop singles full of new wave and great melodies and relentless rhythm. And now it is time for their first release, Ultravioleta, a mini-LP, as part of Elefant Records' New Adventures In Pop series. And few groups can say that they started their discography out with a greatest hits. Because between the new songs and the old songs that have been revised and renovated, Ultravioleta is impeccable. Come take a closer look.