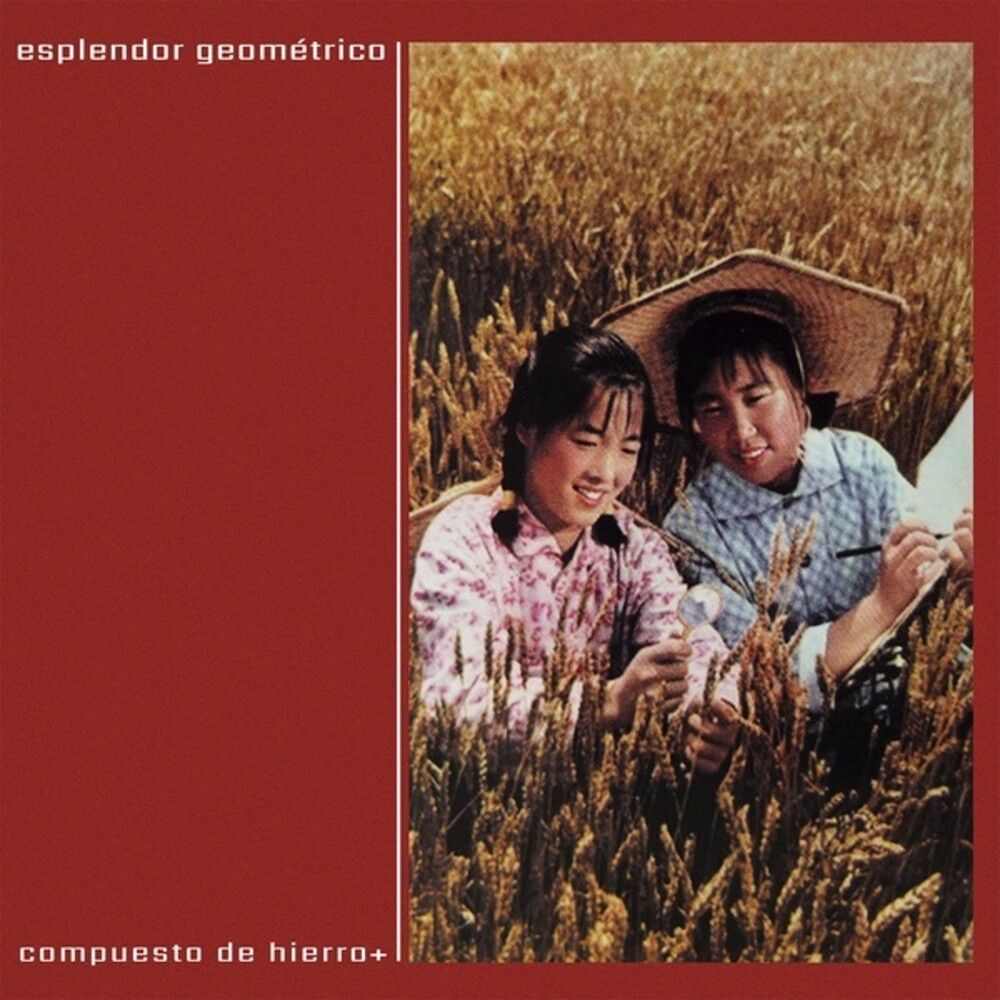 Double vinyl LP pressing. Reissue, originally released in 2002. Esplendor Geométrico, the influential industrial pioneers of the pulsating, hypnotic and mechanical rhythms, present the extended version of their album Compuesto de Hierro to celebrate the 20th anniversary of it's release. Recorded in Beijing in 2002 and out of print for over 15 years, Compuesto de Hierro was originally released only on CD and now for the first time on double vinyl including on side D four new and unreleased tracks recorded in 2022, inspired by the music on the album. Now remastered for vinyl, the sleeve design is based on the original cover. Compuesto de Hierro is a perfect example of the industrial-tribal sound of Esplendor Geométrico, developed over more than two decades, reminiscent at times of their most "ethnic" album, Mekano-Turbo. The hypnotic and elaborate rhythms are masterfully combined with vocals, electronic analog sounds, and sonorities from the Far East, especially from China. Compuesto de Hierro represents a unique viewpoint in the fusion of traditional or ethnic music with classical industrial music. Esplendor Geométrico: Arturo Lanz and Saverio Evangelista. Composed by Arturo Lanz.