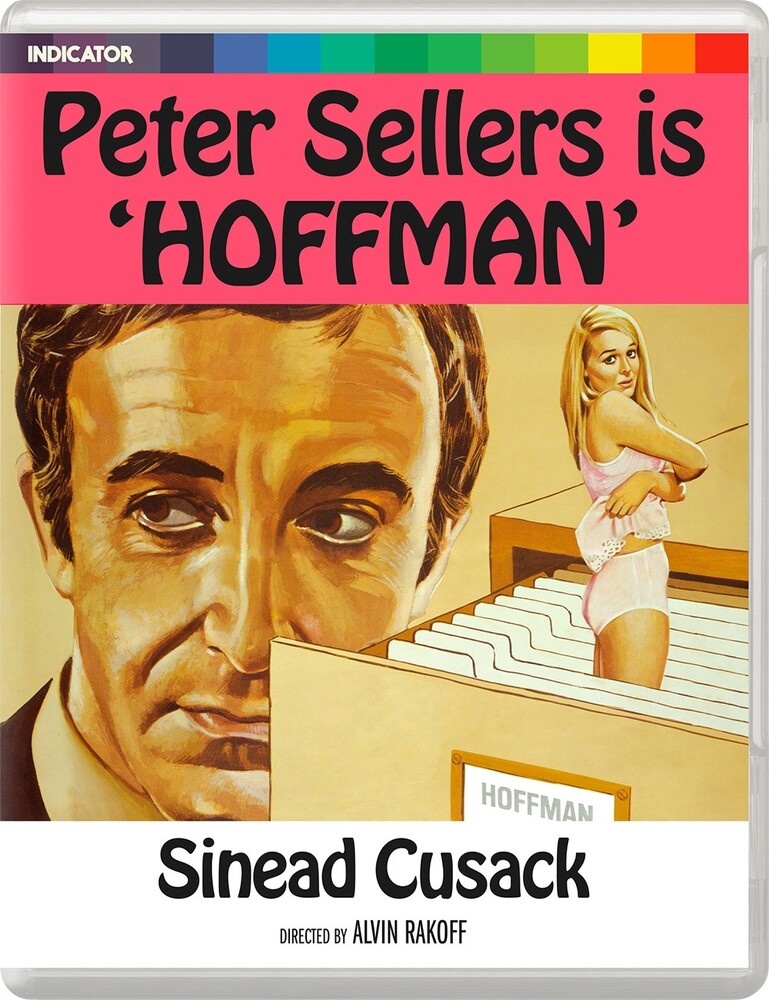 One of the most unsettling films in the Peter Sellers canon, Hoffman sees the actor in a sinister starring role as a bachelor who obsesses over his secretary Miss Smith (Sinéad Cusack, Tam Lin, Revenge). Hoffman discovers Miss Smith's boyfriend (Jeremy Bulloch, The Empire Strikes Back) has been fiddling the books at work, and blackmails her into spending a weekend with him. Their time together reveals Hoffman's tragic, lonely existence.

Alvin Rakoff (Death Ship) directs a film which is by turns amusing, poignant and uneasy, and which boasts a central performance so uncomfortable and revealing that its star tried to have the film's negative destroyed. Hoffman makes its worldwide debut on Blu-ray.