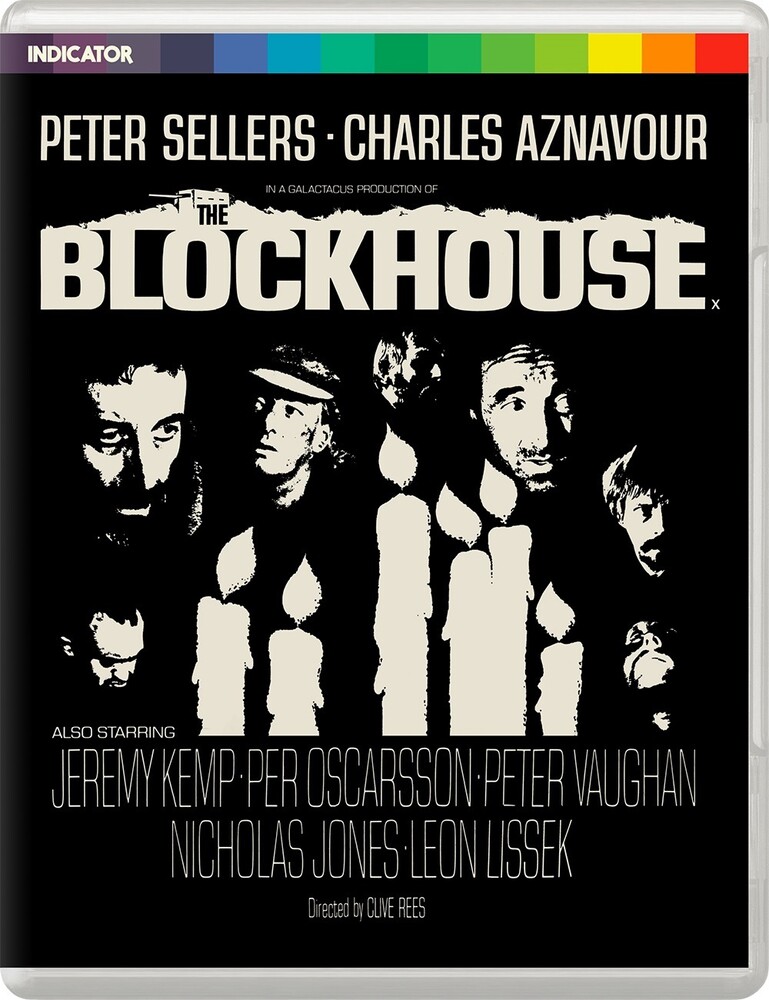 Based upon harrowing real events which were turned in to a 1955 novel by Jean-Paul Clébert, The Blockhouse starts explosively with an Allied air raid on a Nazi prison camp. Six escaped prisoners take shelter in an underground blockhouse, which is soon destroyed by heavy shelling. Trapped underground, with an almost endless supply of food, wine and candles, the men must endure confinement with no prospect of escape or rescue.

Featuring a stunning ensemble cast that includes Peter Sellers (Hoffman, Being There), Charles Aznavour (Shoot the Pianist), Peter Vaughan (Symptoms, Game of Thrones), Jeremy Kemp (The Strange Affair), Per Oscarsson (A Dandy in Aspic) and Leon Lissek (Marat/Sade), The Blockhouse was filmed on the Channel Islands in a horribly dank and dark underground bunker, giving the film a suffocating sense of claustrophobia. This new restoration edition marks the film's worldwide Blu-ray premiere