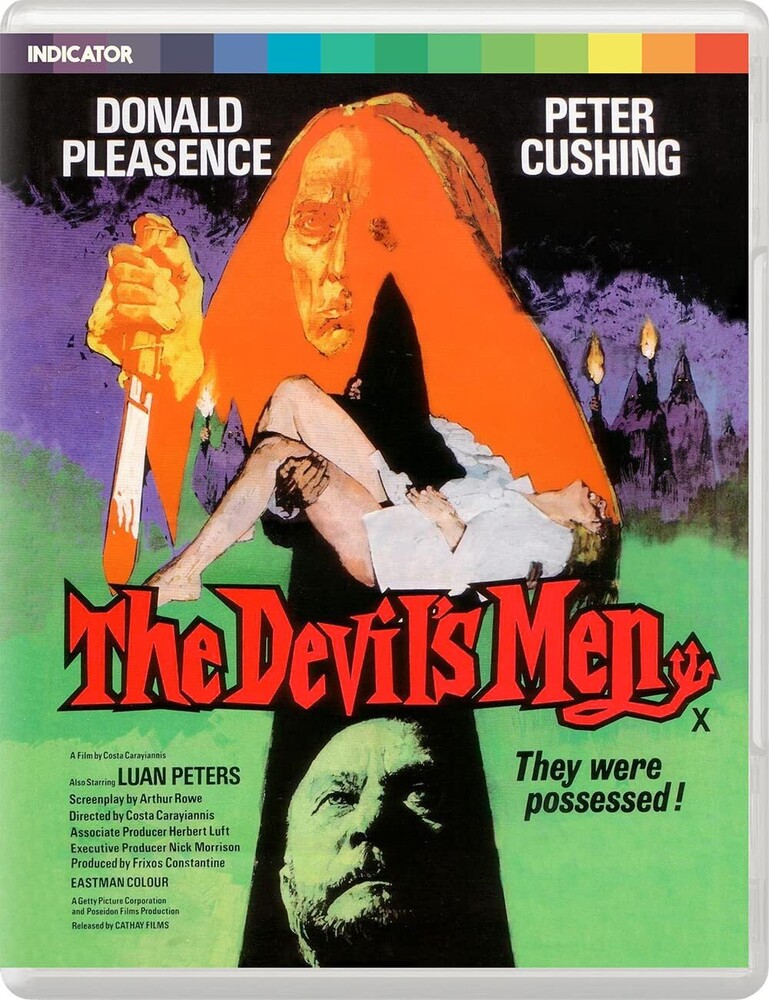 This offbeat horror film, starring genre icons Peter Cushing (The Revenge of Frankenstein, Star Wars), Donald Pleasence (You Only Live Twice, Halloween), and Luan Peters (Twins of Evil, Doctor Who), and featuring a score by the legendary Brian Eno, tells of a Satanic cult, led by Cushing, that is abducting tourists for ritual sacrifice - and only Pleasence's priest can save them.

An eccentric, bloody cult shocker, The Devil's Men (also known as Land of the Minotaur) makes its world Blu-ray debut, presenting both the original and US cuts of the film in a new 2K restoration from the original negative, and accompanied by new and archival extras, including a feature-length Super 8 version of the film.