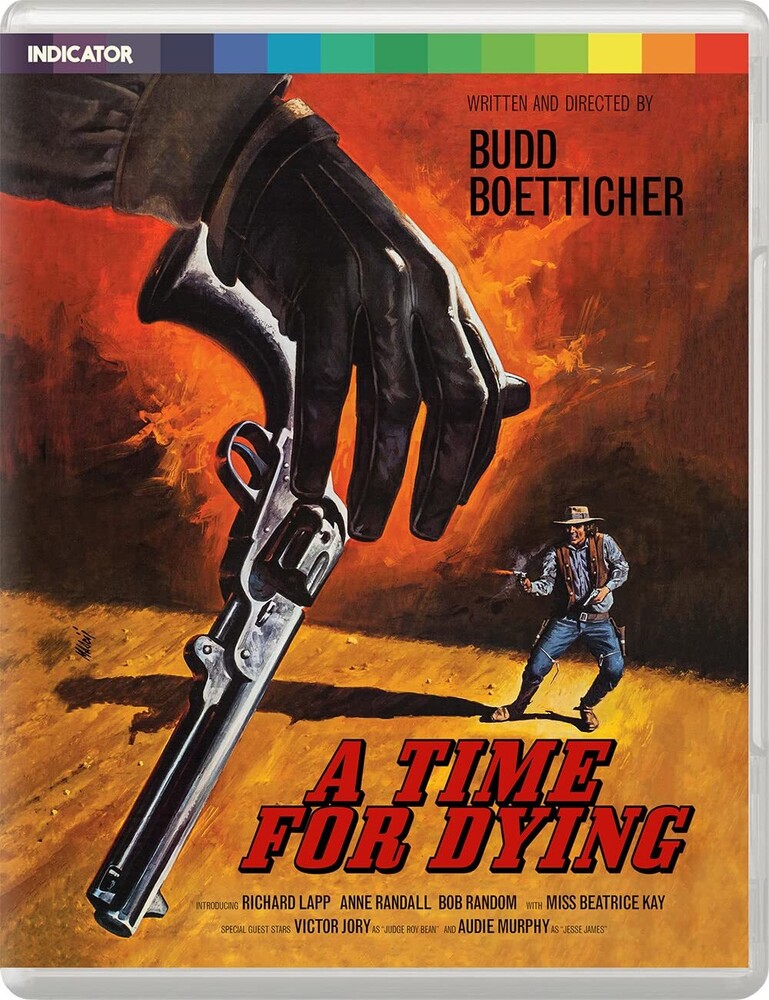 The final western from one of the genre's greatest directors, Budd Boetticher (Ride Lonesome), and the last screen appearance of war hero-turned-movie star Audie Murphy (To Hell and Back), A Time for Dying is an offbeat, elegiac look at the Old West, prefiguring Don Siegel's classic western, and John Wayne's final picture, The Shootist.

Richard Lapp stars as a young man with fine shooting skills who crosses paths with real-life figures, such as Jesse James (played by Murphy) and Judge Roy Bean (Victor Jory), only to discover the true violence of the West.

Beset by post-production and distribution problems, A Time for Dying is overdue the recognition it deserves. This world Blu-ray debut, featuring an all-new restoration and a host of insightful extras, will finally enable the film to find its rightful audience.