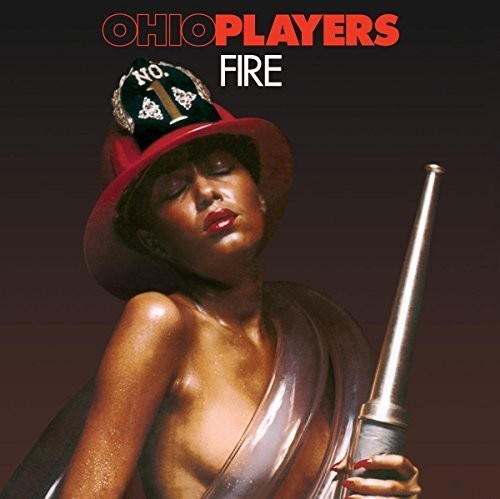 This quintessential Elemental Music reissue presents the most acclaimed album of one of the funkiest bands in the world: Fire from the Ohio Players. Released in 1974, Fire was the sixth studio album of the band and the second released through the Mercury label. This album was their masterpiece -a crowning touch of the dynamic, very explosive bass-and-horn-heavy style that they had always been noted for. This LP topped both the Billboard Pop Albums chart and the Billboard R&B Albums chart (where it held for five weeks) in early 1975. "Fire", the hit song and the opening track from the album is consideredto be the band's signature song along with "Love Rollercoaster." It was covered by Sly & Robbie in their 1987 album Rhythm Killers, produced by Bill Laswell, and is currently used as the theme song to the FOX reality series Hell's Kitchen. The whole album is smooth, steamy, sensuous, and sublime (a lot like many of the group's avant-garde album covers). From their airy ballads ("It's All Over", "Together", and "I Want to Be Free") to their most recognizable, powerfully addictive title track, and all the classic burners in between like "Running with the Devil" (which inspired Eddie Van Halen & Co.), this is one of the best progressive soul/funk albums ever released by a 7 piece superband, whose funky style and sound have influenced countless R&B artists and hip-hoppers even up to this present day.