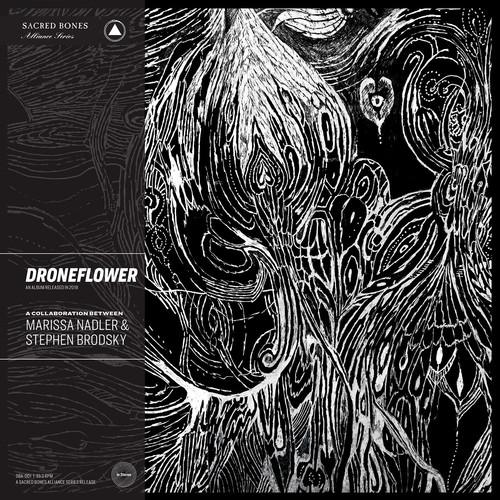 Droneflower is in bloom. The new collaboration between Marissa Nadler and Stephen Brodsky (Cave In, Mutoid Man), is a sprawling and expansive exercise in contrasts. It is the sound of the war between the brutal and the ethereal, the dark and the light, the past and the present, and the real and imagined. Brodsky met Nadler for the first time in 2014 at Brooklyn's Saint Vitus Bar when he came to see her play on her July tour, and they quickly became friends. Both of them had been wanting to explore songwriting that didn't fit into their existing projects, and they soon became energized by the prospect of working together. One of the first ideas they discussed was a horror movie soundtrack, and while Droneflower isn't that, it is a richly cinematic album. It's easy to imagine much of the record set to images, though it wasn't composed that way.