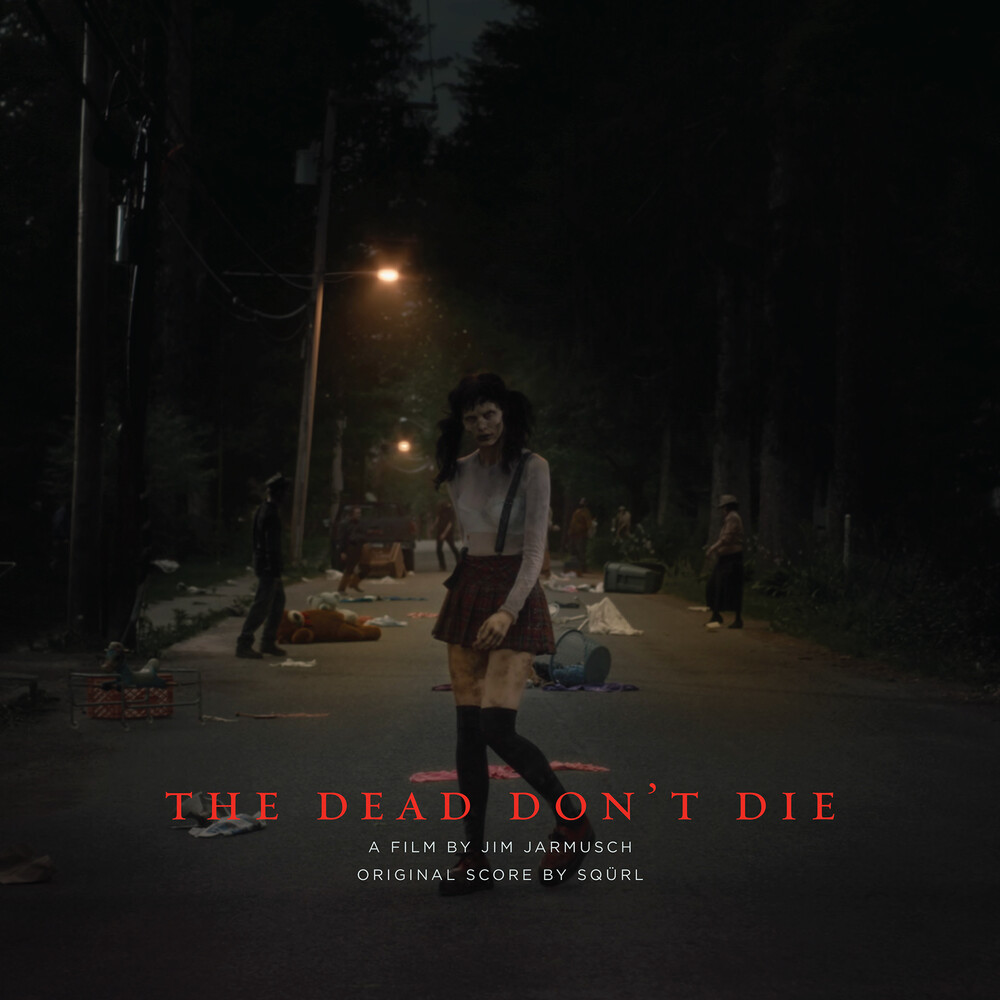 The Dead Don't Die is writer/director Jim Jarmusch's unique, semi-comic take on the zombie apocalypse genre. As with his recent efforts Only Lovers Left Alive and Paterson, the lm's score was composed and performed by SQÜRL, the band Jarmusch and producer Carter Logan founded in 2009. Sacred Bones Records, the same label that released the band's EP #260 in 2017, is releasing the LP edition of the score. The score to the The Dead Don't Die is a true expression of where SQÜRL stand at the center of a decade of sonic exploration. It is the culmination of their pas- sion for analog synths, with guitar violence reverberating from the darker corners of Americana. It is at once a tribute to the classic sounds of horror and sci-fi, as well as a decapitation of traditional film scores. It is naturally supernatural. From their arsenal of tools, Jarmusch and Logan pulled electric guitars and basses made by Rick Kelly and Cindy Hulej at Carmine Street Guitars, an acoustic resonator, Moog Minitaur and Theremini synthesizers, Fender Rhodes electric piano, an old Ludwig drum kit, cheap vintage Casio and Yamaha keyboards and new synths from Critter and Guitari - all sculpted through a collection of effects pedals, notably from Earthquaker Devices. The inspiration for SQÜRL's score for The Dead Don't Die came from some of the most iconic soundtracks of the past half-century of genre cinema - Tangerine Dream's Sorcerer, Bebe and Louis Barron's Forbidden Planet, Ennio Morricone's The Thing and Once Upon a Time in the West, Goblin's Dawn of the Dead, and all things John Carpenter. The singular Theremin work of Samuel J. Homan on films like Spellbound and The Day the Earth Stood Still also made it's way into Jarmusch and Logan's consciousness. The result is a new horror soundtrack that stands shoulder to shoulder with the great works of it's genre.