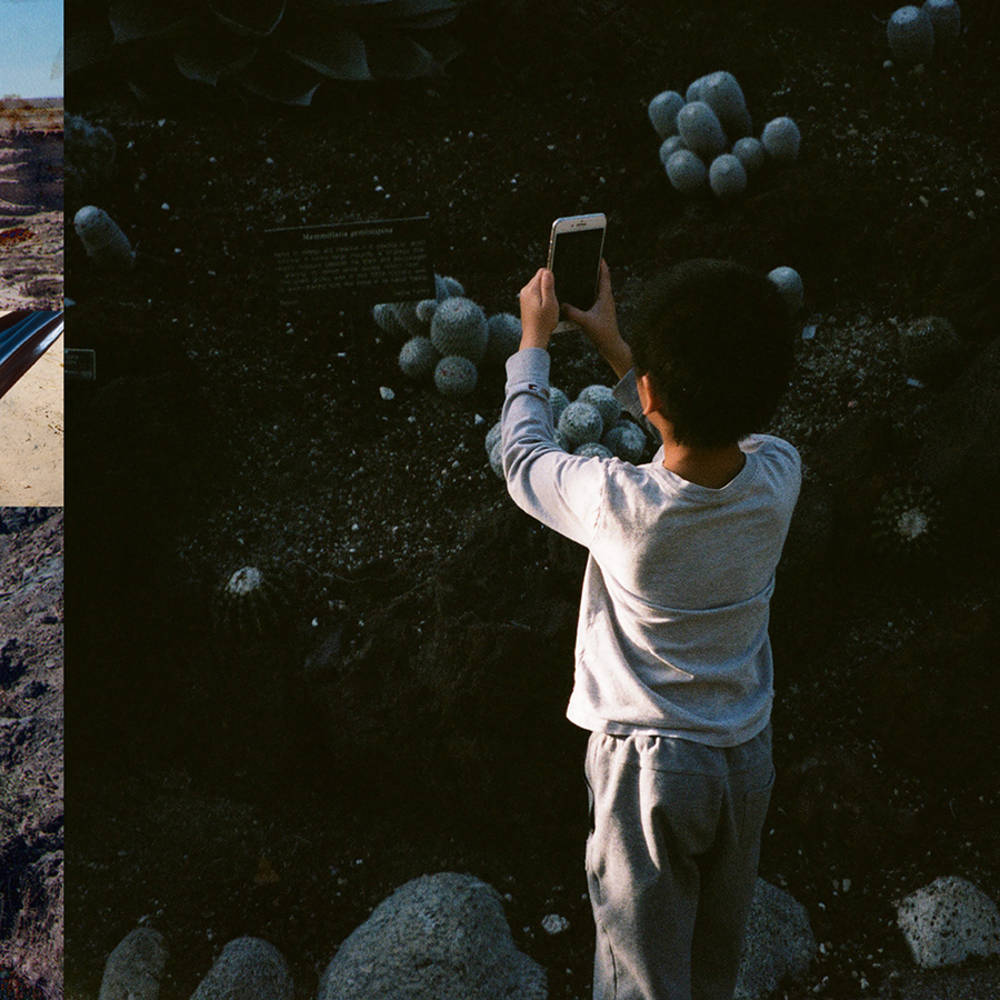 The magical Mega Bog returns with another fantastical off-world transmission, the most sophisticated, exploratory, and accessible statement yet from surrealist songwriter and avant-pop prospector Erin Birgy. Featuring James Krivchenia (Big Thief), who co-produced, and Zach Burba (iji) among its cast of vibrant players, Life, and Another bristles with painterly technicolor surface textures while plumbing fathomless depths of feeling.

On Life, and Another, Mega Bog (the world-inhabiting moniker of song-animator Erin Birgy) tends a succulent garden full of plants that the unwitting passerby might mistakenly perceive as extraterrestrial, but which are in fact very much of this Earth. Departing from the humid Holodeck spider plant nursery of previous record Dolphine(2019), Mega Bog’s new album brings us back to our home planet, into the rarefied air pressure of a dried-up desert valley where its fourteen songs were written and scattered like stones in the landscape. But true to Birgy’s alchemical writing practice, these bright stones simply refuse to blend into their arid environment, each one a precious gem chiseled by the anti-capitalist geologist’s hammer to reveal the impossible, dazzling life that inheres under the dusty exteriors of both the northern Nevada of her youth and the rural New Mexico of the album’s birth.

Cohabiting with Life, and Another’s co-producer, engineer, and percussionist James Krivchenia (Big Thief) in a small cabin near the Rio Grande off of NM State Route 68, Birgy found herself often alone, suspended between their separate touring schedules. In these silent time passages, Birgy experienced a complete loss of self amid the expanse. Frequently thinking about death in the middle of nowhere opened a familiar black hole of troubling projections, and any desire to find freedom or remain positive continued to fold back into self-destructive thought and fear. Strange long days were spent pacing the property with a rake, befriending ants and spiders and struggling with the instinct to poison them if they ventured into the home. Comfort was occasionally found in internet reruns of Frasier and Star Trek Deep Space 9, texts on the ethics of terraforming and space colonization, and Ken Liu’s Remembrance of Earth’s Past trilogy. Over time, a budding interest in mindfulness, attachment theory, Dialectical Behavior Therapy, and rage gave way to new productive brain processes. These creative juices followed Birgy on the road and into subsequent lonely bedrooms as the songs continued to flow. New, northern landscapes, like the woods and rivers outside of Seattle, Washington, provided further inspiration during odd sublets in the area. Dark as everything may actually be, Birgy always manages to stay with trouble and conjure the extraordinary resulting music.

Life, and Another stages a semi-fictionalized drama in the community theater of the interior self, with scenes of collective longing at the bowling alley, disputes over a distended memory outside the bar, and the solitary circling on the patio, looking out over the yard in stubborn awe. These memories, from both past and future, bubble up throughout the album and present their characters as new entries into the Mega Bog Book of Symbols. In “Station to Station,” an artichoke, the decadent indulgence young Erin learned to steam for herself, is gutted around the spine. In “Weight of the Earth, on Paper” named after the collection of memoir tapes by the artist-warrior David Wojnarowicz, poppies sprout in Birgy’s shadow and scare her companion, while harpies circle above Loch Ness. Fantastical visions beget inherited family traumas that taunt withering romantic relationships. A deep fault line connects the record with the work of Wojnarowicz, who, in the years before his death in 1992 (twenty-nine years and one day before the release of Life, and Another), recorded in his tape journals a series of moments of rapturous solitude in the deserts of the American Southwest, carried from dream to dream by real and imagined friendships with human lovers, horses, scorpions, clouds, and the occasion cruiser.

Recorded over several sessions in various studios—the Unknown in Anacortes, Washington, Way Out in Woodinville, Washington, and Tropico Beauty in Glendale, California — Life bleeds with instrumental contributions from longtime and new collaborators, including Aaron Otheim, Zach Burba of iji, Will Segerstrom, Matt Bachmann, Andrew Dorset of Lake, James Krivchenia of Big Thief, Meg Duffy of Hand Habits, Jade Tcimpidis, Alex Liebman, and co-engineers Geoff Treager and Phil Hartunian. The group’s temporary re-imagining of exoplanetary life together carries this collective imagination through its architecture, which, if you try to grasp it too tightly, will only appear to you all at once, afterward, instead of moment to moment, station to station, through the house into which Birgy and her friends have invited us. Listeners know by now they can trust Mega Bog to continuously lead them into deeper and wilder, spiritual pop territories. Skittering piano glissandos, haunting psychic background voices, and tequila-inspired improvisations creep and crawl over the dark-night-of-the-soul rock and roll dreamscape, before vanishing to make way for invocations of quiet clarity and living-breathing instrumental passages.

This is how the record takes on its picaresque, non-anthropomorphic epic story bag shape. Imagine that Pink Floyd’s The Wall, Wim Wenders’s film Until the End of the World, and Bucky Fuller and June Jordan’s speculative architectural redesign of New York City were episodes in some larger, yet-to-be-written Canterbury Tales of imaginative, necessary life on the planet. Mega Bog etches its chapter here, transforming the brutal heaviness of the world into the collective struggle of living.